COMMONWEALTH GAMES BIRMINGHAM– ‘GAMES FOR EVERYONE’ 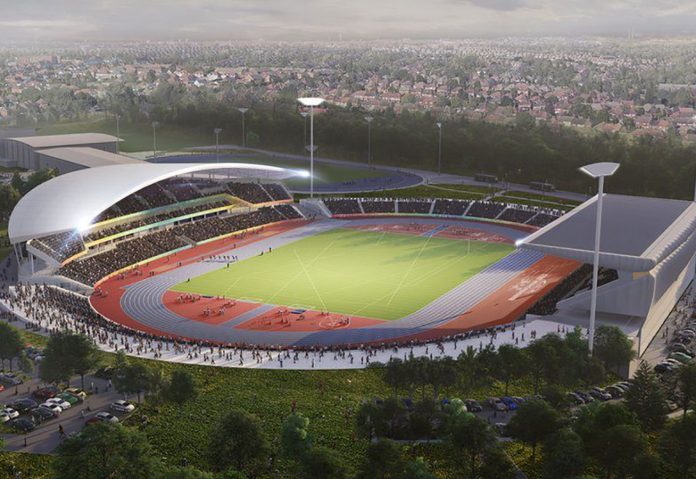 The moto of the games with the slogan ‘Games for Everyone’. A moto identifies the spirit of the games which includes most games similar to that of Olympics. Obviously, Olympics has a rich and medieval history. Furthermore, these are the games where all the countries of the world can participate. It defines that games & sports are for everyone and the importance of sports for all the countries of the world. In the common wealth games, special emphasis is on the common wealth of nations, i.e. the countries that are or have been a part of the British Empire, example includes India & Pakistan.

However, at the same time, these games also lays emphasis on the importance of the ‘Sportsman Spirit’. This is a huge reason why the catchphrase of the games that took place in 1994 in Victoria city of B.C. province of Canada says ‘Catch the Spirit’. In addition to the spirit of the games. Obviously, these are games that unites the people of the Commonwealth of Nations. Particularly, under one banner and under one flag, i.e. the ‘Commonwealth of Nations’ flag.

A history of the games that dates back to Hamilton, Ontario in 1930. Sir Lord Willingdon had the honours of the opening of the first games. While, the main venue of the game was Civic Stadium in Hamilton, Ontario. Known in these modern days as Ivor Wynne Stadium. The famous games played between the ‘commonwealth of nations’ gave tribute to Canada. The great North American country being the first nation to host these games. That is, the nations which have been and are currently part of the British Empire. However, since than Canada has conducted these games three more times. That is, in 1954, Vancouver, British Columbia & 1978, Edmonton, Alberta. Finally, the latest edition that took place in Canada was in 1994. That is, in the Capital city of British Columbia, i.e. Victoria.

The games of 1994 had a unique spirit with a slogan ‘catch the spirit’. Furthermore, these were the final edition until now that took place in Canada. Held in the city Victoria. That is, in memory of Queen Victoria.

Australia is a country that has hosted the games for the maximum time, followed by Canada. That is, five times starting from 1938. After the commonwealth games of Sydney in 1938, they were held in Australia in 1962 (Perth), 1982 (Brisbane), 2006 (Melbourne), & the latest edition being the last commonwealth games that took place and the last one that took place in Australia, i.e. 2018 in Gold coast, Australia. After the Birmingham games of July & August 2022, the event will be coming back to Australia in 2026 & will be taking place in various places in State of Victoria. These cities will include Melbourne, Geelong, Ballarat, Bendigo & Gippsland. It will be another honour for the great Monarch Queen Victoria of England.

The Commonwealth Games are not only an honour for the monarchs that ruled over all the ‘Commonwealth of Nations’. But, is also a tribute to the unity of the nations. It defines an era of Great Britain where the phrase was so common. ‘The sun never sets on the British Empire’, which defines the greatness and the vastness of the British Empire. Australia, Canada & New Zealand are off course the countries in these current times that are also known as monarchies, i.e. under the rule of the monarch of United Kingdom, i.e. Elizabeth II, also known as Queen Elizabeth.

The commonwealth Games coming to Birmingham with a phrase ‘Games for Everyone’ has a unique spirit. It’s the spirit that says a big ‘NO’ to racism. Furthermore, a statement that everyone has the right to play irrespective of any caste, creed, religion or colour. These are the third time these games are taking place in the European Capital England. That is, after 1934 in London and 2002 in Manchester.

We can’t deny the spirit of these games which are highly dedicated to anti-racism. Especially in England, Canada, New Zealand & Australia. Racism shouldn’t have any place in any country of the world. In addition to this, there is always a right of word for everyone. The commonwealth games of 2022, also are the first Commonwealth games taking place after COVID-19. The pandemic that shook the whole world since 2019.