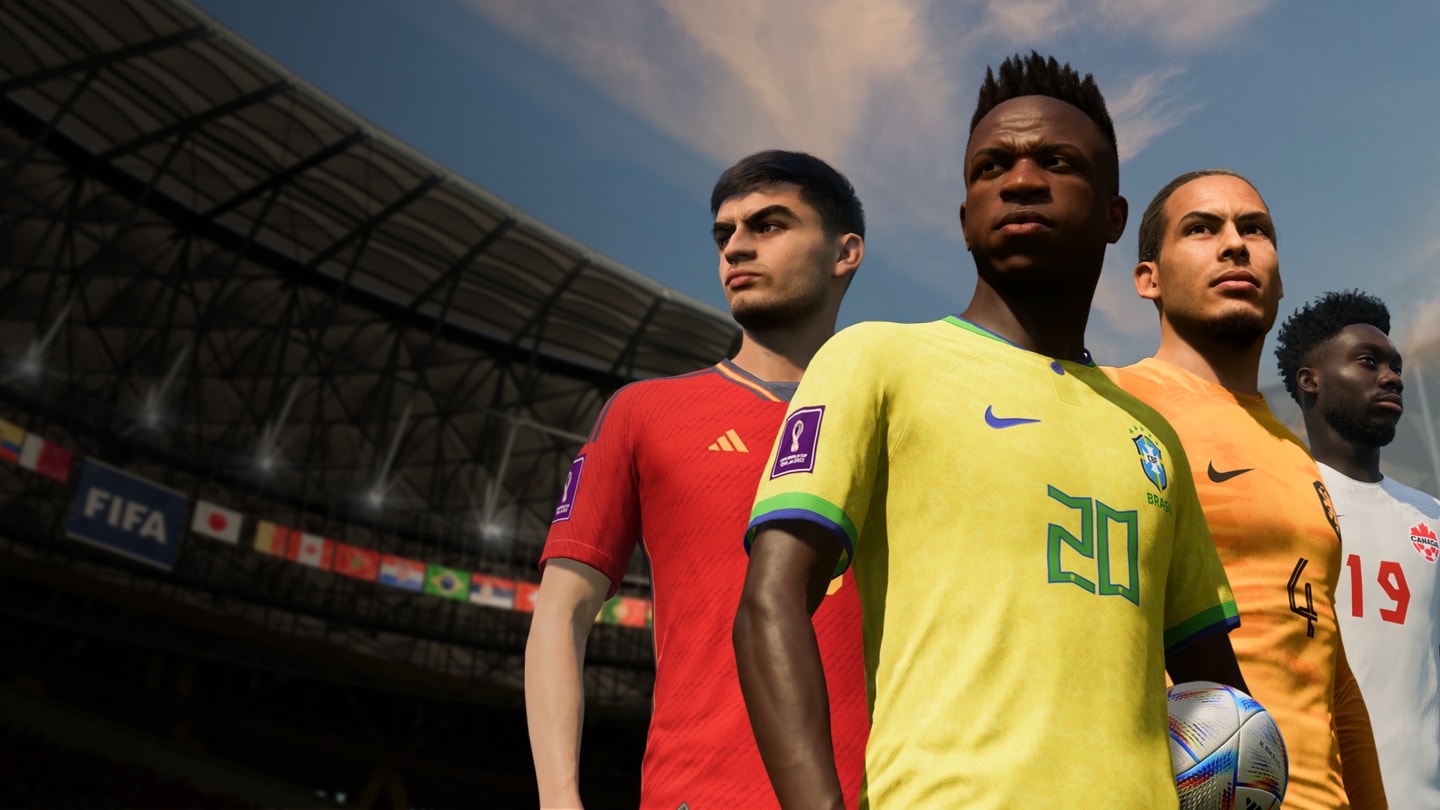 EA Sports also known as Electronic Arts is the gaming company. Formed in 1991 some 32 years ago was this gaming company in the USA. The company is dedicated in the promotions of field sports & Formula 1 (car racing) via gaming. Also, key features that are close to values of realism. The most original & most exclusive highlights in EA Sports games includes Football (FIFA Series), Cricket & NHL (Ice Hockey). Also, Basketball & Formula 1 (Car Racing), along with Golf and other sports. The motive of EA Sports in the gaming industry is to cover most popular sports. 1991, the formation year since it started. Apart from this, also the tournaments mostly FIFA World Cups with regards to the locations that they happened.

If you are an EA Sports fan you can’t miss to play the best of soccer. Also, Football, Ice Hockey, Golf, Basketball & Formula 1 (Car Racing). Finally, the MMA Games with Electronic Arts Sports title. Sports are not only good for the mind. However, they are also great for the overall body fitness. Apart from this, exhibits in a person an attitude that is for the sake of being competitive. While being strategic in thinking under tense situation what needs doing.

Mentioned below are some of the highlights in the Sports. These are ones that starts with the most popular being FIFA series.

Released on the 15th of December 1993 was the first release in FIFA series. That is, by EA Sports known as FIFA International Soccer. However, the latest version came on 30th September 2022’ as FIFA 23. The game of Football series is available on almost all the platforms available. While, the developers of the games includes EA Vancouver (Canada) from 1997 to Present. Also, EA Romania (Europe) from 2016 to Present. The platforms includes almost all, i.e. Sega Mega Drive, PlayStation & Nintendo. Also, the PC Games & Xbox and many more.

The popularity of the FIFA series includes & is prioritised regards to the various versions. The latest the version in the series, the better it is found in terms of the graphics. In addition to this, the player’s image & the overall statistics. Finally, key features of players & the realism regards to the stadiums & other most vital features. Since 1993, the game is releasing on an annual basis. Apart from this, is well equipped with all the gaming features that makes FIFA Series being one of the most popular of the games. In fact, with regards to the EA Sports highlights. Amazingly, its the FIFA series that easily comes on top. Thus, regards to the levels of popularity. Obviously, as Football is the most followed game in the world. Deeply associated with regards to the player’s profile is the following of the most beautiful sports on earth.

The FIFA Series 2020s equipped with far more advanced gaming features, moves, stadiums & realism. Thus, along with action replays started with FIFA 2020. The next in the list obviously after FIFA 2019. These 4 games in the series FIFA 2020s includes FIFA 20, FIFA 21 & FIFA 22. Finally, the latest one being FIFA 23.

All these FIFA world Cups are covered since the FIFA World Cup 98, that was held in France & won by France as well. FIFA 98 was rated as the best game in the FIFA series with exclusive images of realism of players, their moves & stadiums. After FIFA 98, its 4 games that covered the FIFA World Cups exclusively for the sake of most exciting customer & game lovers attention. That is, in 2002, 2006, 2010 & finally 2014.

FIFA Series, the games are the official contributor & marketer of the most beautiful sports FIFA & EA Sports itself is a brand ambassador. Held in Qatar was obviously the latest World Cup FIFA. A tournament which concluded on 18th December 2022, i.e. last year. Obviously, with Argentina being the World Champions for the third time.

FIFA series, since it started is obviously the main & most key highlight of the games that are manufactured & developed by EA Sports. It truly & most sustainably defines the motive behind the most exclusive promotions. That is, of the World Cups FIFA & the sports itself.