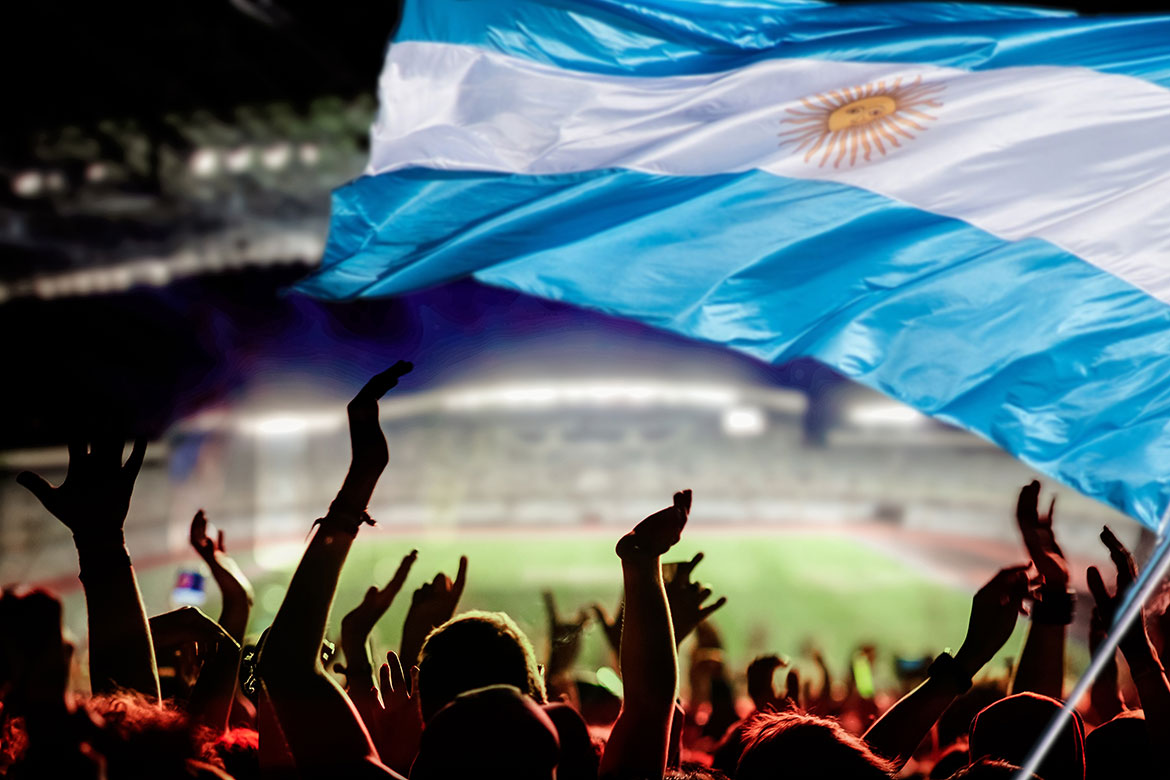 On the evening of 18th December, France & Argentina were fighting for FIFA’s biggest title for their 3rd World Cup title. Hence, as both countries have been world champions twice. Argentina has been world champions obviously in 1978 & than 1986 under the captaincy of Diego Maradona. One of the greatest footballers of all time along with Pele of Brazil. It’s their sixth world cup final while France played their fourth world cup final after 1998, 2006 & 2018. They obviously won, France 98’ & Russia 2018. Thus, as they entered the finals being the world champions defending their title & most importantly their prestige.

Its history that rated Argentina higher than France. Obviously, as they were the ones who played the first ever final against Uruguay in 1930 in Uruguay. In football history books, as their names were listed with pride. Although, team Argentina lost 4-2. Ironically, as the Runners-up of the first ever FIFA World Cup. That is, the era of the Pre-World War II.

The history obviously starts with the first final that was played against Uruguay in 1930 & was played in Uruguay & was won by them defeating Argentina 4-2.

The second final was played between Argentina & Netherlands & was the first ever world cup to take place in Argentina. They became the fourth nation after Uruguay, Italy & England to lift their first FIFA World Cup trophy and that also first time at home. It was after an interesting match with the Dutch that finished in favour of Argentina 3-1. The final of 1978 took place on the 25th of June 1978, in Estadio Monumental in Buenos Aires (Argentina).

The third final for Argentina also became their second win & took place in Mexico City. Diego Maradona, was the captain of the team winning the 86′ FIFA trophy. That is, under his captaincy as they defeated West Germany 3-2. The final obviously took place in Estadio Azteca, Mexico City on 29th June.

Team Argentina were defending their title. Thus, as they entered the Finals in Italy on the 8th of July 1990 against West Germany. They lost the final to West Germany 1-0. An interesting match that took place in Stadio Olimpico, Rome (Italy), who hosted their second World Cup.

The fifth final that Argentina played was their third final against Germany after 1986 & 1990. They lost the finals 1-0 as the World Cup was the second one hosted by Brazil & the final took place in Maracana Stadium in Rio de Janeiro, Brazil

The final between the two great football playing nations started after the closing ceremony of the World Cup 2022. A musical, emotional & passionate ceremony, which marks the first ever World Cup in the Middle-East. Thus, being a unique & highly inspirational event. With all relevant & key standards, as the event was staged. Also, the class, the brilliance & above all the hospitality that the prestigious event always demanded.

Also Read: MOST VALUABLE PLAYER OF TEAMS WHO WON FIFA ATLEAST ONCE

Captain of Argentina team was the first one to score the goal. It was Lionel Messi in the 23rd minute. The goal was followed by another one, i.e. 13 minutes later. Precisely, in 36 minutes by Angel Di Maria. Struggling & down, as the French team was seen. Hence, after conceding a lead of 2-nil to team Argentina. The second one was very obviously a key one.

The French, obviously looked down & out as they entered the second half with Argentina leading the score line 2-0. However, all of a sudden it was Kylian Mbappe who scored two goals in a matter of just two minutes. He scored the first one in the 80th minute. Also, later in the 81st minute being the equaliser. With over 10 mins of play left, the French team could sense a very surprising victory. Obviously, while they fast & furiously changed the score-line to 2-2.

In the extra-time it was Lionel Messi again who scored in the 108th minute. That is, the second-half of dedicated extra-time. Importantly, which looked enough for them to take team Argentina. Most importantly, to their third World Cup win. However, it was Mbappe who had other ideas as he scored of a penalty in the 118th minute. That is, just before the close of play. The penalty obviously resulted due to the ball hitting the hand of an Argentinian player.

Played in FIFA history, as being the best ever finals. Hence, as obviously the final match looked like before the penalties. Significantly, as both teams were in penalty shootouts with the score level 3-3. The hatrick of Mbappe was obviously the highlight of the finals. Argentina looked to be more in control of the situation. Obviously, in the penalty shootouts winning the finals with a penalty shootout score line of 4-2.  One penalty saved by Emiliano Martinez. Thrown outside in a pressure cooker situation was one of the other penalties by France. Argentina were the far more better & looked a more composed team. Thus, as they ended up being World Champions in the race for the trophy for the 3rd time.

It was the second ever World Cup Finals hatrick. A timely & key one, that was scored by Kylian Mbappe in the Finals of a FIFA World Cup. This is obviously, after the hatrick of Geoff Hurst from England in 1966 in Wembley, London. A hatrick in the 8th FIFA World Cup, that made England win their first ever World Cup title & that also in their home ground Wembley (London). Although, the hatrick scored by Mbappe, wasn’t just enough to make his team France win the FIFA title. However, it turned out to be enough to get him the award for the ‘Golden Boot Winner’. For the most goals in a FIFA World Cup. Dedicated award for the highest scorer, as obviously its an honourable award.

Achieved with excellence by Harry Kane (Tottenham), was obviously the last Golden Boot Winner award, i.e. for Russia 2018. The captain of England team. He is obviously now the scorer of most goals for England, i.e. 53 along with Wayne Rooney (Manchester United).

Kylian Mbappe with a total of 8 goals including 3 in the world cup final as a hatrick made him the winner of the Golden Boot Award. His hatrick in the Finals was a key highlight, however, wasn’t enough to make his team France win their 3rd title.

Awarded as the best player of the Qatar 2022, is Lionel Messi, the captain of Argentina team. It seems to be his last FIFA world cup, but he has achieved wonders for Argentina as they won COPA America 2020 & FINALISSIMA 2022 in Wembley, London against Italy the UEFA EURO World Cup winners of 2020. Lionel is rated highly after Diego Maradona, the greatest footballer of his times & one of the greatest of all times.

Awarded to an Argentinian player as well, was the best Young player award. It was Enzo Fernandez who proudly was the recipient of the award.

Also, belonged from Argentina, it was Emiliano Martinez who got the best goalkeeper award. The goal keeper who saved a very critical penalty from the French in the finals of the penalty shoot-out.

England Team won the Fair Play Award after 1986 FIFA World Cup. Also, won by Argentina was that World Cup as well. However, the English finished in the fourth place in FIFA 1986.

SOME INTERESTING STATISTICS FROM QATAR 2022:

An event which turned out to be a bunch of upsets was also very interesting in terms of the goals. 172 goals were scored in the world cup as a total in 64 matches played. Thus, played with a goal average per match of 2.69. FIFA 2022 was indeed an event that makes Middle-East more prestigious & far more symbolic for the beautiful game football. The first African nation finished in the top four of a FIFA world Cup as Morocco ranked 4th after their 3rd place encounter against Croatia sadly for them ended in a loss. A memorable event not only for the crowd, but all the 32 teams who contested in the 5 cities with a total of 8 venues. In history of FIFA books & due to the numbers. Shall be a massive remembrance for a long time as vitally this World Cup has been.