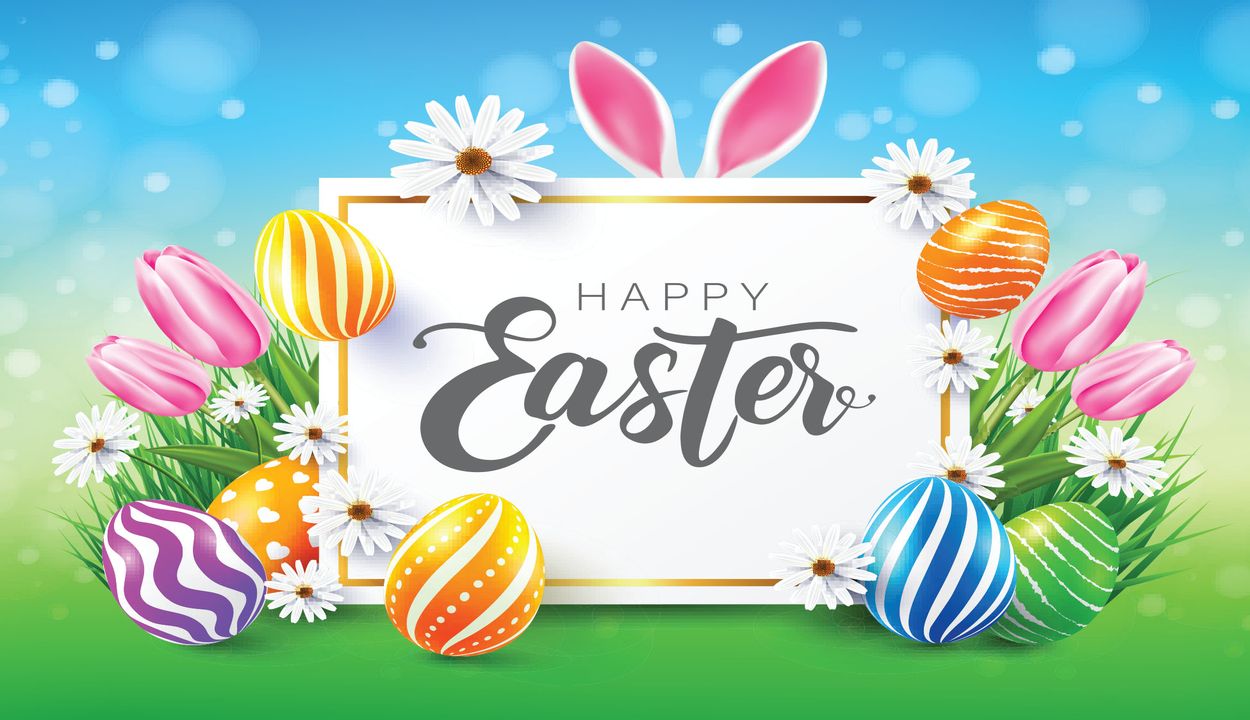 Easter is similar to Christmas as it is a religious Christian occasion. In the West, it is marked as a public holiday. Followed all over, Xmas holds international following and is a mega religious occasion. Ironically, it holds huge significance for Christians all over the world as it marks the birth of Jesus Christ. The Christian dominated nations observe the occasion of easter with higher passion and spirits. This is in comparison to the Christian minority countries. Easter marks the use of symbols with variety and significance to the occasion. Some of the symbols are from the animal kingdom as well and have variable attributes. These symbols include Eggs, Lamb, Rabbit, Crucifix, and Lillies.

Celebrated on Sunday in April every year. This year Easter is on the 12th of April. Known in Western nations as Easter Sunday, because it happens on a Sunday every year. The occasion is celebrated with passion. With the remembrance of Christ, his teachings and sermons. Except for the USA, Easter Monday is a bank holiday in most Western countries. Therefore, April 13th is a Bank holiday in England, Australia, and Canada (some regions), New Zealand and many other countries.

Easter significantly marks the ‘Resurrection’ of the Christ that happened 2000 years ago. Christians all over the world believe in the “Day of Resurrection”. This is similar to their beliefs in the teachings of Jesus Christ. Christianity is the most followed religion of the world and has a distinguished Pope i.e. the Head of the Church. The pope holds huge significance and prestige for all Christians around the world. Pope Francis, the current Pope belongs from Argentina, South America and is a resident in the Vatican City i.e. also a sacred city for the Christians all around the world.

EASTER & ITS IMPORTANCE IN THE CHRISTIAN WORLD

The observance is in the form of a holiday. The religious festival is based on ancient pagan celebrations as pagans were the true followers of Easter. In modern times it has more commercial value and also mixed-up with some non-Christian traditions. These traditions include the Easter bunny, Easter parades and hunting for the Easter eggs. Followed with huge significance, determination & passion in most countries in the Western region. Some of them are the USA, Germany, Italy, Spain, France, Canada & Australia. Hence, the observance is more or less in all the Christian dominated countries, regions & territories. Also, observed as a public holiday on Monday the next day, giving value to Christianity and Jesus Christ.

For many Christian families all over the world, the importance and prestige are beyond imagination. After Christmas, it is the most celebrated Christian festival. Linked with many symbols especially from the animal kingdom. In Easter, all these symbols have some association and adaptability from traditions and history. These symbols are eggs, Crucifix, Rabbit, Lillies, and Lamb. Below are the descriptions of the symbols in detail and how they hold significance to the religious festival Easter.

Known in the Western world as Easter Eggs, they are most recognized and popular of the easter symbols. After getting hard-boiled the eggs are decorated in bright hues. A traditional feast on Easter occasion, making it more memorable. The belief goes to this extent that the eggs of Easter are both secular and religious. Eggs are recognized especially according to easter beliefs and ancient times as ‘New life’ symbols. Links with the celebrations in spring due to the pagan festivals, according to historians. Many Christians are of the belief that it is a representation of Christ’s emergence from the tomb to the resurrection. It marks the end of fasting i.e. happiness for people. The decorations of the eggs are done with style and painted for a unique look.  In addition to this, it became one of the most significant ways of celebrating Easter festivals.

One of the sharpest, fastest and alert of the small animal species. In the Western world, especially the Christian nations, the Easter bunny is a secular symbol of the holiday. In addition to this their look-alike animals i.e. hares with the season of Easter. This is primarily similar in nature to eggs i.e. bringing forth new life and because of their abilities of fertility. Many in Christianity also have a belief that relates to the movements of Rabbit coming out from the hole. Believer’s associate that rabbit coming out from the hole it symbolizes the Christ emerging from the Tomb.

Christ is often remembered as the ‘Lamb of God’ as he was sacrificed and crucifixion.

The crucifix is the central symbol of the cross. It is present in Churches as it is a symbol of Jesus Christ’s crucifixion and sacrifice. It also highlights that God is the one who gives new life to people after their death. Most people are highly linked with the cross. They wear it in the form of a necklace for God’s good omen and good luck. Many people also make the cross on their hearts when they are under a challenge. Also, before praying or making a wish, or after accomplishing a huge task or target.

Some people as part of the Easter dishes and favorite desserts bake “hot cross buns” as another symbol of the season.

Another symbol being lilies are exchanged during the Easter festival as celebrations are not complete without lilies. According to the American Bible Society, the lilies grow in spring and this is the time of the Easter celebrations. Some people also think that they look like trumpets and that symbolizes Christ’s resurrection.

CHRISTMAS AND ITS IMPORTANCE GLOBALLY