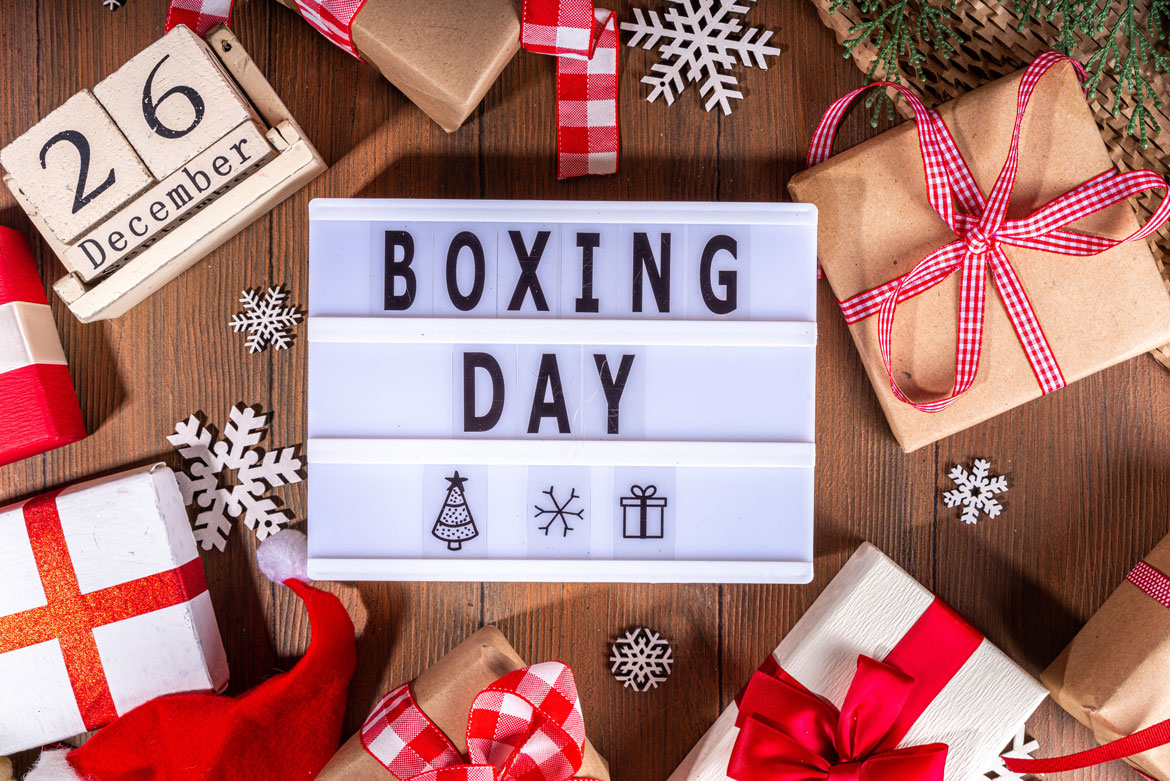 Boxing Day 26th December is a holiday in most countries from the West that includes Canada, USA, Australia & UK. It is a day that falls next day of Christmas, i.e. 26th December every year & has got massive significance that makes it a global day. The significance of Boxing Day 26th December in most countries is that which is associated with the British Empire. Initially, the day started as a prestigious day to give gifts to the household staff of Britain’s upper class. However, has morphed into a shopping holiday of its own. Significantly, it is a day where people turn to shopping centres to avail massive discounts. On top of this. Its the dedicated workers earning daily wages. Hence, are paid 1.5 times of their wages.

The significance & values that are attached with Boxing Day. Thus, makes it a unique day for the people. For many the day has got commercial values & importance mainly as people love to avail the day for shopping discounts. The name was first used in the year 1833. The exact origin, however. Hence, is never been determined. There are many theories behind the ‘Boxing Day’ include references to Christmas gifts, charity drives or a nautical tradition.

Since the year 1950 in Melbourne, Australia is the annual frequency of the Boxing Day Test Match. Played between the two nations. Hence, its a venue where the first official test match was played. That is, England & Australia in the year 1877. The significance & values attached to the day makes this day a global celebration not only for Australia & England. However, also countries that includes, New Zealand, USA, Canada & many other countries. It is indeed a treat for the people. Just after celebrating the birthday of Lord Jesus Christ. Hence, known globally as Christmas.

A day after the Xmas, it’s a celebration which is mainly celebrated in the United Kingdom, Australia, New Zealand & Canada. The entire British class system worked to make Christmas day a big deal for the elites. That is, the rich people & the wealthy class. The household servants worked hard. Thus, making all the holiday preparations. Especially, during the years well before the conveniences and technological advances of the industrial revolution. Hence, the Boxing Day on the 26th of December is a big day for needy. Its a day, that gave the wealthy a chance to pay their servants. They paid them paid-time off and small gift boxes filled with coins as an appreciation. Also, a good gesture of their service.

In Canada & other monarchies, the day reflects the true association with the British Empire. Obviously, as it came into being somewhere close to the times of the Monarch Queen Victoria. A huge reason why the Boxing day test match takes place every year in Melbourne. That is, in the Aussie state of Victoria. A tribute to Her Majesty Queen Victoria of England. Fox hunts were also a big part of Boxing Day traditions. Banned in the UK was the activity in the year 2004. The Hunters still gather on the day. Hence, dressed in their traditional finest coats. But, now follow designated artificial trails. Many like working on the day to earn some extra quids. Importantly, as people working on hourly wages prefer earning 1.5 times their wages. Comparatively, than spending a day in queue from 5:00 am in the morning. Ironically, to avail massive shopping discounts.

Since the initial traditions that relates to the Boxing Day. Hence, where it was to give the needy & the less fortunate gifts & blessings. However, now it’s a day where massive sales are offered in Shopping centres & more importantly it’s a day of huge commercial values. ‘Boxing day sales’ a caption or a phrase which is very common in countries like UK. Apart from UK, Canada, Australia and New Zealand. However, in the USA, it’s something similar to Black Friday. Most of the retailers use the retail phrase ‘Boxing week’. Ironically, as part of the celebrations instead of Boxing Day.

However, since many decades the day has transformed into having retail values & importance. Retail sector in many countries has benefited from the day. Thus, w.r.t. the historical values of Boxing Day.

Also known in History books as St. Stephen’s Day. Hence, recalls the patron Saint who was based in Jerusalem who helped the poor. Someone who died for his faith, being the first Christian martyr. Stoned to death as St. Stephen was according to traditions.

It was in the Year 1833. The Oxford English Dictionary, which is an acknowledged guardian of the correct use of the English language. As well as, the most authentic one. The dictionary marked the first reference to Boxing Day in print.

The famous Novelist Charles Dickens from England who is the author of famous novels like ‘Hard Times’ & ‘Oliver Twist’ . Obviously, was the one who mentioned Boxing Day in his first Novel ‘The Pickwick Papers’. Published as a monthly serial was the first novel of Charles Dickens. Precisely, in the year 1837. The glorious year of Queen Victoria becoming the Monarch of England.

Like many celebrations that have taken transformation. Since, they were first celebrated & acknowledged. Similarly, the Boxing Day celebrations are the ones that hold commercial & retail importance. Nicely preserved in the history books is the history of Boxing Day since its origin. Thus, is enough to make this day a day of huge importance. Especially, for the people in the West. A key objective behind the day is paying gifts to the needy. Apart from them, the less fortunate.