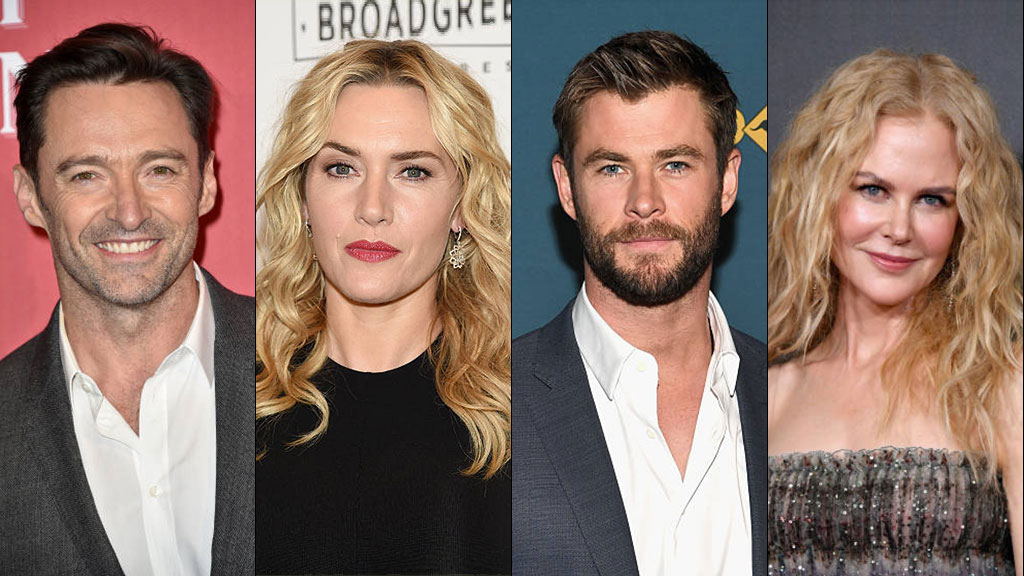 There are a number of notable Foreign actors & actresses in the Hollywood film industry. Obviously, that are from different countries than United States of America. These are actors & actresses from Canada, Australia, England, New Zealand, Belgium, Austria, Ireland, and Scotland & Columbia. All these Hollywood actors & actresses have displayed immense quality work to match that of those already in the Industry & who are from United States. Yes, we are talking actors of the likes of Tom Cruise, Brad Pitt & George Clooney who are actors having a purely American background. Getting along smoothly with the famous slang, ‘Proud to be an American’. Thus, is what they not only say. However, also display from their work. They have been given the competition from those who are from different countries. But, surely they have made an impact that is everlasting one on the Hollywood Industry.

Obviously, it’s an industry where talent & passion is not restricted. Apart from this, actors like Sean Connery from Edinburgh, Scotland & names like Hugh Jackman from Australia & many other names have made this industry a prominently international one. A stage where acting has come over as a communication medium. Thus, rather than just being a source of earning for the actors & actresses in the industry. The famous film series James Bond, which has been acted with intensity & passion from the great Sean Connery. Apart from the many others. Truly, as Sean Connery is a massive talent on any screen.

Here are some of the most prominent names from modern times and are from foreign countries.

These names of Foreign Actors & Actresses in Hollywood Industry are as follows;

Hugh Jackman is a distinguished name from the modern times who is a foreign actor in Hollywood. He is originally an actor from Australian decent. A movie that was released in the year 2008 is Australia, while other famous films includes Wolverine & Logan. An Australian actor, producer & singer. Obviously, was born on 12th October 1968. Furthermore, is surely a very famous foreign actor from the Hollywood.

The actor from Australia has achieved many awards in his career span including the Golden Globe Award for best actor. Also, an Academy award for Les Miserables. The actor is attributed to many famous films in his career which includes the recent one being Logan. Also, includes The greatest Showman and Bad Education worth watching. A movie released in 2008 really worth watching named with regards to his country of origin is ‘Australia’. A film which truly celebrates Australia & the country it is. His co-star in the film, Nicole Kidman is another actress who is an Australian decent.

Henry Cavil is a British born actor from the Hollywood. Someone, who has truly been a brilliant performer in the Hollywood film Industry. The Man From the U.N.C.L.E a movie where he has acted as a brilliant actor. Also, as an agent from KGB has demonstrated his skills of acting. Hence, as well as sheer talent as a secret agent. Another film in which he acted alongside the evergreen Tom Cruise is Mission Impossible: Fallout. Other notable works includes Man of Steel as well as Superman Vs Batman: Dawn of Justice. He was born in London, on the 5th of May 1983. Furthermore, started his acting career with the movie “The Count of Monte Cristo” in the year 2002. The most recent movies of Henry Cavill that has really performed well on the box office is the Justice League.

Chris Hemsworth is yet another foreign actor was born in Australia & is a popular actor from the Hollywood film industry being an Aussie decent. He was born on the 11th of August 1983. Further, is a very famous actor because of his movie Thor. Apart from Thor, he has done very popular films like Star Trek, The Avengers, Red Dawn, Rush and many more. He truly is a talented actor and also very successful in the Hollywood industry.

Some of the most prominent awards that Chris has achieved in his career. Thus, while being a talented actor includes Kid’s choice awards. People’s Choice awards for Avengers: Age of Ultron & In the Heart of the sea.

Mr. Reynolds is an actor from Hollywood who is from a Canadian decent. Also, he is one of the dynamic actors from Hollywood who belongs from Canada. Ryan Reynolds has grown up in the Vancouver city, British Columbia. Apart from this, he has featured with grace in Top movies like Green Lantern & Blade: Trinity. He has also featured in some romantic films that includes Definitely Maybe, The Proposal & Adventureland.

Nicole Kidman in the dynamic list of foreign actors & actresses is the ex-wife of Sir Tom Cruise & is a famous Hollywood actress from Australia. Another talent powerhouse from the great Aussie land in the list apart from Hugh Jackman & Chris Hemsworth. Nicole Kidman prominent work includes Moulin Rouge (2001) & Cold Mountain (2003). Also, includes Australia (2008) & Batman Forever (1995). Furthermore, one of the recent ones includes Lion (2016). She has been active socially as being a brand ambassador of UNICEF. In addition to this, worked for the rights of Children all over the world.

Ryan Gosling is another Ryan also from Canada who has acted in many films in the Hollywood industry. He was born in the Province Ontario, in the city of London. In a mainstream hit being his big break was the film Notebook, i.e. his famous must watch. Other mainstream movies are Crazy Stupid Love, Drive & The Ides of March.

Liam Neeson in the list of foreign actors is one originally from N. Ireland (UK), is a Hollywood actor who is famous for action movies. Taken series or Taken trilogy is what he is popularly known for. The trilogy in which he has acted as a CIA agent. Hence, while being a family protector. The films were released in 2008, 2012 & 2015 being the last one of the Taken Series. Other films includes Battleship (2012), Unknown (2011), Run All Night, Non Stop, Operation Chromite (2016) & the most recent films that have performed very well on the box office is The Commuter (2018). Highly appreciated was his role in Unknown in the year 2011. A key role where he portrayed being a scientist on the tour to Germany. The film performed pretty well.

Rose to massive fame in her role as Rose in the famous Academy Award winner Titanic. Yes, we are talking none other than Kate Winslet who won many hearts with her first film & her first role as Rose in Titanic. A film based on a true story of a ship that sank in the ocean because of hitting an Iceberg.

In addition to this, after that many films that have performed well on the box office, including Contagion (2011). She was also highly praised in a different role in the movie Triple Nine (2016). Born in Reading in England, Kate Winslet is not only a gorgeous looking actress. However, also a very talented one as well. A film made on the life of a genius in the year, 2015 is what she was also part of. A legend who is responsible for forming the company Apple Inc. Steve Jobs (2015), was made on the life of Steve Jobs himself, the famous & passionate entrepreneur who died in 2011. He was also the Co-founder of the #1 company in the world Apple Inc.