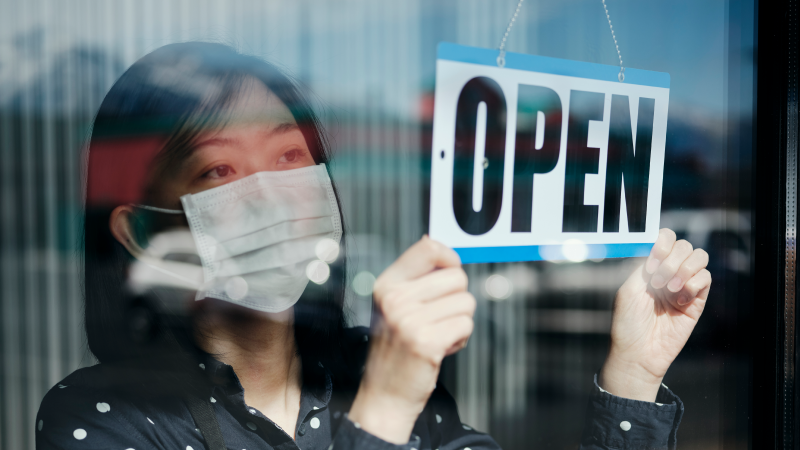 The three provinces including Quebec that is the largest of the Provinces in Canada are easing restrictions fast. This is according to the latest reports from Health Canada as the country is undergoing a smooth opening-up process. Happening in the midst of COVID-19, as the easing process takes place. Hence, while life is getting back to normal slowly and gradually. Quebec is the largest of the Canadian Provinces and accounts for over half of COVID-19 cases. It is the re-opening in several sectors. Furthermore, most impacts will be evident in Montreal. It is the largest of the cities in the huge French-speaking province of Quebec.

All the easing measures are a mandatory part of the re-opening up process including social distancing. Furthermore, protecting and covering the face and being particular when in gatherings. The Govt. is moving fast towards relaxing measures. The Govt. has also requested the general public to move according to the imposed COVID-19 procedures. The re-opening up of restaurants is taking place in greater Montreal and Joliette areas. This is while making sure that up to 10 people from three households are permitted.

The movement towards the re-opening & easing process is changing gears to the next stage i.e. ‘Phase 4’ which is a piece of huge news for some provinces in Canada. The opening-up stage ‘Phase 4’ includes Day Camps, along with Gym & arenas. Also includes cinemas, concert venues and places of worship. These are areas that are opening up with a limitation of 50 people for indoor gatherings. Similarly, the province Saskatchewan moves to ‘Phase 4’ as part of the re-opening strategy. The restriction implies on the number of people in a gathering. Regarding social distancing, these measures are taken apart from allowing room in the form of space.

Outdoor sports and professional sports are a significant part of the daily activities in Canada. At schools, the importance of sports is paramount. It is considered as one of the most dynamic and loved activities. Hence, this similarly in university and league levels in the Canadian provinces especially in Summer. Outdoor sports that can resume includes soccer, softball and flag football. Strictly prohibited in most Canadian provinces is martial arts sports that include Judo as well as Boxing. This is because of restrictions imposed due to full contact i.e. body contact. The restrictions are also implied on competitive play, tournaments and inter-provincial travel for games. In Canada, Inter-Provincial travel has been a common activity and is under restriction due to COVID-19 hazards that are still applicable by Govt. of Canada.

Apart from the many easing activities taking place in Quebec. As part of further relaxations and easing up activities in Saskatchewan and Manitoba outdoor swimming pools and spray parks can re-open. However, the opening up shall be taking place with physical distancing as well as the cleaning rules in effect. A strict measure to imply. However, with needs to be properly administered by the Provincial Government. Only if they intend to open up activities. There are still some municipalities that include Regina and Saskatoon. These are the areas that won’t be allowing the re-opening, not even with strict distancing laws. The distance allowance between two people is of two meters as according to Health Canada. Hence, public gatherings are for 30 people or close. Furthermore, in indoor public and private gatherings group limitation applied.

Not restricted to half capacity, are restaurants and bars. This is in Phase 4 process of higher level relaxations. However, in easing process still, the seating arrangement should be highly overlooked. This means that the gap between people should be two meters as part of the physical distancing barrier. This measure i.e. Physical distancing barrier is a necessity that must be followed strictly during Phase 4 of the re-opening process. Public areas also include lounges in public places includes Non-smoking bingo halls and video lottery terminal lounges that can reopen at half capacity. Hence, reduced capacity is to make sure that distancing takes place according to the Health Canada requirements for man-to-man distancing.

This announcement supported by activities of Health Canada is a critical step in decision making for the retail industry and Child-care centres. As part of the Phase-4 activity, the opening up is brave indeed but is a necessity in bringing things back to a normal state.

However, as part of the travel restrictions, the Province of Manitoba has eased some restrictions that are known as Self-quarantine. People coming to Manitoba from Western Provinces, Northern Territories, and from Northwestern Ontario Province shall no longer have to self-isolate for a 2 weeks period.

It is apart from these activities, there is an allowance for larger public gatherings. The implication of certain measures is necessary for gatherings. The measures include that people can fill up to 30% of the capacity not exact numbers but close. There is an allowance of public gatherings as long as there can be splitting down. This is between groups of 50 indoors and 100 outdoors. The procedures taking place in Quebec and other provinces might be slow and precautionary but are highly effective to reduce hazards of pandemic COVID-19. ‘Health & hygiene’ in current times is highly recognized in Canada due to many reasons, one of them being the Pandemic.