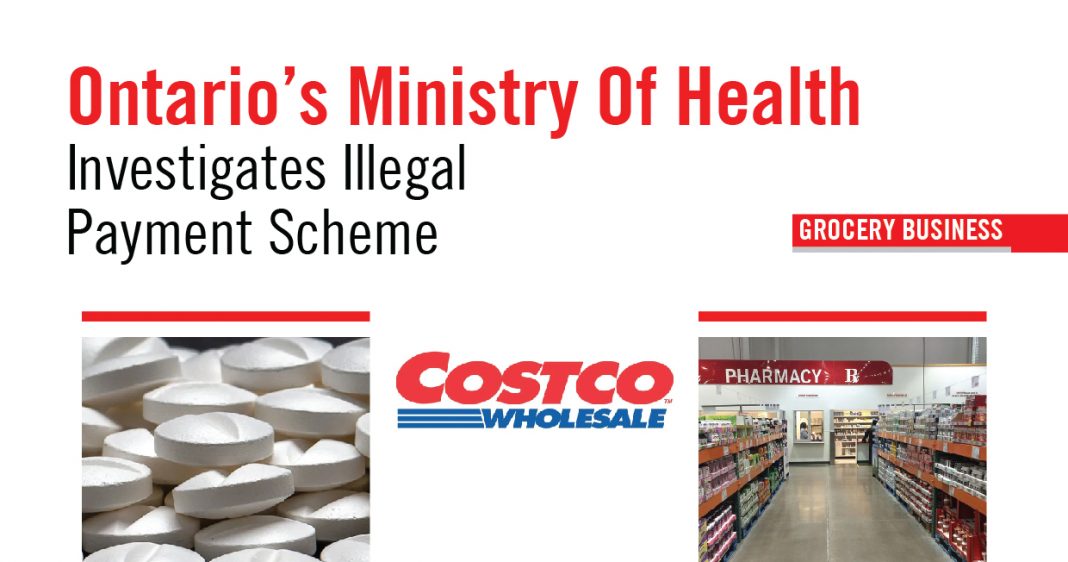 Ontario’s Ministry of Health says it is continuing to investigate an illegal payment scheme involving kickbacks allegedly paid to Costco by Ranbaxy, a generic drug company.
A complaint about the scheme was filed in September 2015 with the Ontario College of Pharmacists by a Ranbaxy sales representative after a phone conversation with one of the company’s pharmacy directors in which he claims he was told the company would have to pay to maintain its sales through Costco. In January 2018 that pharmacy director and one other were disciplined and fined $20,000 each by the Ontario College of Pharmacists after they admitted they committed professional misconduct for soliciting the payments.
But the Toronto Star reports that the Ontario MOH has still not decided whether the payments were illegal, and says the investigation by Ontario’s Forensic Investigation Team is continuing.
The 2015 complaint alleged that the two Costco pharmacy directors pressured generic drug company Ranbaxy to pay more than $1.2 million in return for getting its prescription products stocked in its stores. While the two admitted to accepting illegal payments, their lawyer claims they believed at the time that the “advertising services” they charged to Ranbaxy were not illegal, and that the fees could be considered a rebate. He added that Costco stopped charging for advertising services when the complaint was filed, and asked the province to clarify whether the payments violated rebate regulations.
Courtesy: Grocery Business