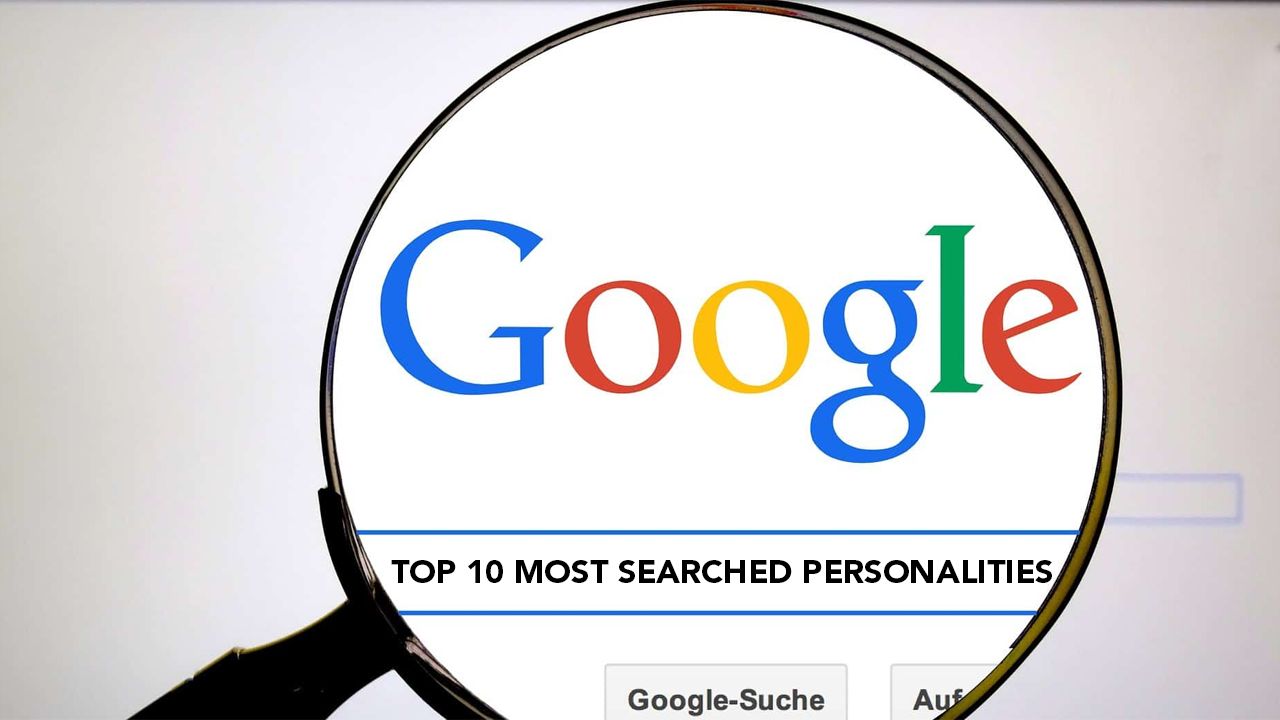 People who follow their stars all around the world use personality search most often. They like keeping track of their likes, dislikes and what are they up to most recently. However, the concentration of the most famous & searched personalities go to the United States. It is mainly due to Hollywood, and their active participation in sports like American Football and Basketball.

TOP 10 CELEBRITIES LISTINGS– RESULTS BASED ON GOOGLE SEARCHES FOR 2019

Professional American football player who has seen many ups and downs. The career has been full of hassles and challenges but Antonio has always tried to focus on his career. He has always been on his role in the American team with speed and agility.

Brazillian by birth, who was born in 1992 in Brazil. He has represented Brazil in two World-cups i.e. Brazil 2014 and Russia 2018. In 2011 and 2012, he raised to more heights. His consistency was for both consecutive years 2011 and 2012 as a footballer of the year. The Brazilian has scored 61 goals in 100 appearances for Brazil. Neymar also plays for French club Paris Saint Germain on his regular position as a forward. He is one of the most talented and valuable players in the world. In 2019, Forbes ranked Neymar as the World’s third highest-paid athlete. With earnings of $105 million. He is after Cristiano Ronaldo and Lionel Messi, the most valuable footballer and also most searched on Google.

American actor and singer initially began his career as a child actor in 1987. He is well known for the albums Sum of My Music, Empire: Music from ‘True Lover Never’.  Some of his prominent films are Alien: Covenant, Marshall, and Born to Race: Fast Track and The Skinny.

American actor and comedian born in Philadelphia, USA. A versatile actor who is active in films, T.V. and Standup comedy since 2001.  Worked in films like Jumanji: The Next level & Jumanji: Welcome to the Jungle. In addition to this includes Ride Along and Ride Along 2. It also includes many other films including Scary Movie 4 and The Last Stand. A comedian and actor who has proved through his diverse roles. He has proved that acting is truly an art that requires passion and determination.

Kevin Hart’s role in Central Intelligence along with The Rock got huge appreciation all over the world. He has won many awards and accolades. Some of the most distinguished awards are People’s Choice Awards, MTV Movie Awards, and BET awards. Kevin Hart is highly gifted with acting skills of the highest caliber & possess diversity in acting talent. A celebrity that holds the position of ‘Number 5’ on the Top 10 Google most searched personalities for the year 2019.

Birthplace LA, California, this American singer, and songwriter born on 18th Dec 2001. She has won 34 awards and 88 nominations in various awards. The most prominent being Apple Music awards, American Music Awards, Guinness World Records and MTV video music awards. Being a successful singer and songwriter who has worked on many songs and Albums. A personality that holds the position of ‘Number 6’ on the Top 10 Google most searched personalities for the year 2019.

Born in Stockholm, Sweden on 3rd January 2003. Her mother is an opera singer and her father was an actor. Greta was diagnosed with a syndrome in her youth known commonly as OCD.  At a very young age i.e. 8 years when she first learned about climate change in the year 2011. While she was sensitive she couldn’t find out why so little has been done for climate change. She went on to challenge her own family in order to reduce the carbon footprints. Her efforts outlaid an overall impact on the environment. Thunberg adopted a vegan lifestyle and preferred vegetable foods. As she was very particular from a young age for waste recycling and upcycling of household waste. Blessed with special powers and a thinking mind. She said that “Being different is a gift from the Almighty.”

Nominated in 2019 for the Nobel Peace Prize. Also, made an address at the UN Action Summit held in September 2019.

It was very little that her peers and those who were with her always knew. They were less knowledgeable that she was about to become an icon. She became an icon of climate change activism and started a global movement “School Strike for the climate”. She is deservingly on the list of ‘Top 10’ most searched personalities on Google number 7. Also known for her iconic role in efforts for climate change and creating awareness globally.

R.Kelly is an American singer, songwriter and record producer from The United States. He was born on 8th January 1967 in Chicago, Illinois. Kelly was arrested, it happened because of some controversies last year in 2019. It was for several acts of social crimes, including child pornography and sexual assault of multiple counted.

He is also known as the Pied Piper of R&B and known for his unique songs and lyrics. He is on the list of most Google searched celebs for 2019 number 8.

J.Phoenix is an American actor who works for Hollywood. Phoenix was born in San Juan, Puerto Rico on 28th Oct 1974. Received several accolades for his various performances. These performances awards are a Grammy award, a Golden Globe award and three nominations for Academy Awards. Some of his most prominent films are Ladder 49, Buffalo Soldiers, and Joker and Walk the line. An actor of great style and an understanding of acting and art. He is on ‘number 9’on the list of Top 10 most searched personalities on Google.

Famous model from the US, Born in Los Angeles California on 23rd September 1997. She has modeled for many campaigns that include Khloe’s Good American Line. Mother of Miss Wood and owner of Woods Management Group, she is currently under her management. Holds a close relationship with Will Smith whom she calls often as Uncle Will. She is on ‘number 10’on the list of Top 10 most searched personalities on Google

Read the related blog: CORONAVIRUS – MEDICAL SYMPTOMS AND HOW IT ORIGINATED?