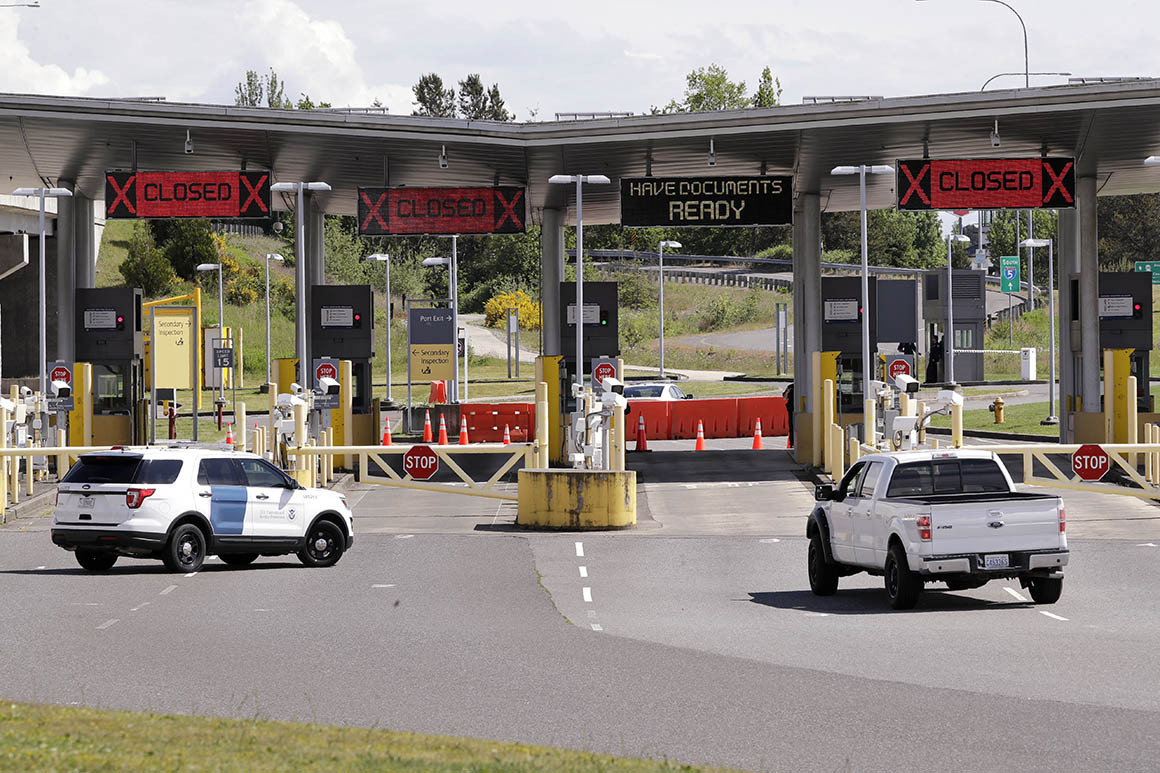 The Canada-US Border has been under closure since late March due to the pandemic COVID-19 and its reopening seems a long process. Furthermore, due to its ever-growing and intense impacts. Canada-US border is no doubt the largest border between two nations. Hence, it has been the most used one as well by commuters since a long time. This is primarily due to the fact that bilateral economic relations between Canada and USA has been exemplary over the years. The extension of the border closure a few times highlights the huge significance of the pandemic COVID-19 and its impacts. The most registered COVID-19 cases has been in United States according to Stats. This shows that they have been on far more suffering end than in Canada. This is along with the number of deaths. A huge figure that accounts over one hundred and thirty thousand deaths are from United States only.

For experts and border control forces it is hard indeed to imagine that what’s going to happen in the United States until Govt. is able to make a vaccine in United States. This is needed for the further prevention of the pandemic as well as bringing deaths to a halt like Italy. A country who was quiet successful in developing a vaccine lately with success while bringing many casualties to halt. The reopening of border like before is assumed to take to at least next year under these circumstances. Obviously, we are not denying the fact that Canada-US border has been a border of huge importance for citizens of both nations. Still, there are raising eyebrows of Canadian and US leadership who wants to ensure strict safety measures. This is a major reason why the reopening of the border is a huge question mark for at least 6-7 months.

CANADIANS ARE NOT IN RUSH OF BORDER REOPENING PROCEDURES:

Vitally due to the number of deaths and affected people in United States. The Canadian authorities are still not affirmative in border opening procedures. They still think that there is no rush to open the border. Most importantly as many people from USA want to come to Canada. Hence, for multipurpose reasons as well as trade purposes. According to a survey for opening up the border procedures. Question arises that “Whether Canada should go ahead with reopening of its Border with the US?” a huge 47% were negative as they said not before the end of the year i.e. possibly December. In United States of America, the registered Corona cases is now 2.6 million people. This is highly unlikely for Canadian enthusiasm to rise for their American neighbours through Canada-US border. The circumstances are not so ideal, especially for citizens of both countries and their regular commuting.

Ironically, allowing only very necessary travel, this is while keeping in mind the imposed travel restrictions. Examples includes compulsory business travel and delivery vehicles carrying goods from here to there. While considering the reopening according to the most recent stats between June 15 and June 21. Figures shows 170,998 people entered Canada from a land crossing with United States. From these huge figures 104,247 of the people are truck drivers. This clearly shows a huge 61% of people are carrying goods in form of deliveries. This has deeply hurt the Canadian tourism industry that is also dependent on road travel.

Apart from many other vital aspects that are under consideration. The border control is also seen as a long lasting damage in terms of business generation. While it has impacted the economic relationships between Canada and USA. Subsequently, it has also given huge losses to the supply chain in various industries. Apart from this in similar areas related to Supply Chain and logistics. There are many questions on the effects it will have on the supply chain. This is while there are still questions over the reopening of the border. Hence, many economists from USA and Canada still question the supply chain issues. Ironically, that’s how the supply chain will look like in next six months after the reopening.

The last time the traffic between Canada and USA had dropped to similar figures was during & post attacks of 9/11.