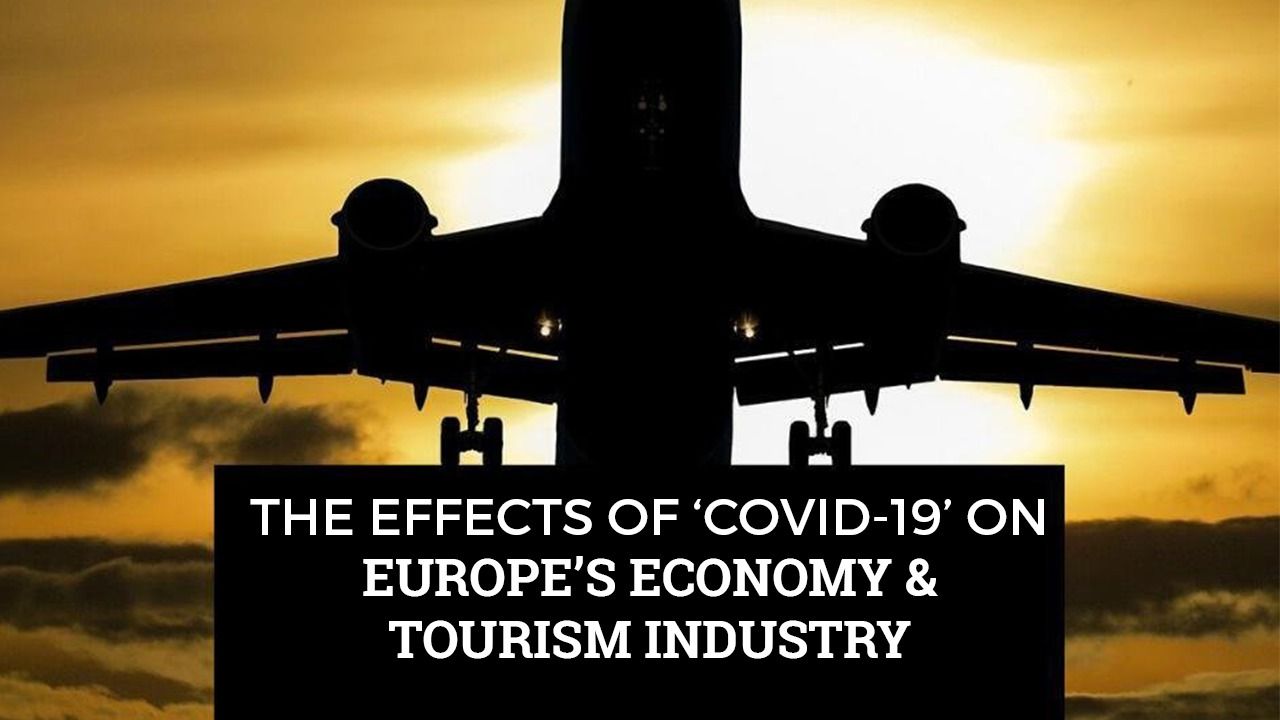 The way COVID-19 has affected this world has been significant. This is mainly in the form of deaths i.e. loss of life and financial losses. The financial losses include economic devastations, no or least business activities, and complete lock-downs. It also includes major effects on the tourism industry and trade. The proof is in the form of total mortalities i.e. 114,254 deaths globally. US, Italy, Spain, UK, and France are the most affected countries in terms of death losses. It also includes, Europe’s 4 giant countries and mega economies from the Eurozone in terms of the GDP.

The United Kingdom is not part of the Euro. However, still the losses it has incurred will take lots and lots of relief efforts. This is similar to devastations in an earthquake, however, the only difference is no loss of physical infrastructure. The deaths from Italy counts 19,899, Spain: 17,209, France: 14,393, U.K: 10,612 and Germany: 3,022 i.e. Total count from the Big Five from Europe is 65,135 i.e. 57% of the World’s Population death counts from ‘COVID-19’.

The largest of the European economies are known as “Big Five” in economic terms. These are countries with GDP Total in the Top 10 list of 4 countries. These countries are France, Germany, Italy, and the U.K. As of 2018, in the Top 10 list Germany is number 4 & the United Kingdom ranks number 5. Hence, preceded by France at number 6 and Italy ranking number 8. Spain is the only economy that is not in the Top 10 list. Although, Spain is a country from the big five and top 5 of Europe’s economy. Hence it is a mega holiday and tourism destination for the rest of the world.

Considered as most people’s favorite holiday spots. Truly a beautiful continent with gorgeous landscapes and scenic beauty. The continent consists of many beautiful countries, with gorgeous climate, landscapes, History museums, war museums and Science museums. It is an incredible continent with beautiful countries and holiday destinations. The likes of Italy, Spain, Switzerland, the U.K., Germany, France, and Ireland. There are five more countries in Europe that are good for the tourism industry and academics. The countries together are known as Scandinavia. The Scandinavia consists of Finland, Iceland, Norway, Denmark, and Sweden and is part of the most gorgeous Europe.

The sufferings in the tourism industry to Europe are mainly because of Italy, Spain, U.K, and France. All countries are economically strong, with rich infrastructure. In addition to this, they are rich in tourism, technology and arts and culture. Ancient buildings from history and richness in architecture make Italy the most popular. Preserved just for the attraction of people and for researchers, the buildings are from the era of the Roman Empire. The Vatican City, i.e. the pope’s residence is also very near to Rome. Considered as a sacred place for orthodox Christians from all over the world. Spain is known for its gorgeous places like Ibiza and museums. Includes, holiday destinations that are most favorite for people all over the world.

Due to ‘COVID-19’, these 4 countries have suffered especially in terms of financial losses and due to the fear factor and lock-downs associated with COVID-19. Primarily because of no business activity and an increasing number of mortalities. Hence, the prices for tourism have been lowered and numbers traveling for tourism are almost negligible. Governments of most countries have requested their citizens to stay in their homes so that they can control the situation.

We can look more closely at how the COVID-19 has been a cause of financial and life losses to Europe ‘Big Five’.

The most affected economy in Europe with a death toll nearing 20,000. Not happened in Italy in more than 3 weeks, the least number of deaths has been reported lately. This control has only caused the United States number of deaths passing Italy, but the numbers are still huge i.e. almost 20,000.

The director of infectious diseases Massimo Galli from Milan Sacco Hospital said in an interview to a T.V channel that things are going better now, with few people needing an intensive care bed. Hence, some signs of positivity while the numbers are still huge.

However, a huge impact on the Fashion and trade industry in Milano. The effect takes place amid COVID-19 with effects on Italy’s fashion industry. Known as Europe’s fashion hub and fashion capital. The gorgeous city Milano is under a complete lockdown just like the rest of the country. Very few numbers can be seen in downtown Milano and the City Centre, making it clear that the country is under a crisis amid ‘COVID-19’ disaster. One of the worst-hit pandemic for many decades has made things worse for the Milan fashion industry and the migrations to Italy especially the number of students coming to Italy has declined.

The current deaths from the U.K are 10,612 and stats have shown that approximately 65% of the deaths are from England. The Prime Minister of the U.K., Boris Johnson spent at least 3 days in intensive care. Was taken to a hospital in London, after testing positive a week before. Boris Johnson, also the Ex-Mayor of London is now out of danger and is back in 10 downing street. A respiratory treatment was given to the Prime Minister to get out of breathing issues.

Other sufferings to the economy are in-form of immigrations and people coming annually to the U.K. for academics, research, and higher education.

Spain, a country that has a history of pandemics, one of them being the Spanish flu that occurred from 1918-1920. The number of new infections was raised to almost 4,200. However, the last 24 hours count of deaths mounted to 620 in Spain. The total deaths are 17,209 i.e. 2nd highest numbers after Italy highly affecting many industries.

According to the Spanish Prime Minister Pedro Sanchez, the efforts by the Spaniard to stay at home has helped a huge deal in the control over the spread of the virus. Spain’s construction and heavy industries are in preparation to resume work as work restrictions since the last two weeks have been lifted. People should start with their normal life soon. This is after a series of positives from Madrid. The positive efforts have helped Govt. of Spain a great deal in terms of restoring the economy.

According to a statement from Health ministry, Paris. They said that the observance is high, however, the vigilance should be increased as hospitals and ICUs are still taking care of huge numbers of patients. The confinement measures shall be increased by the Govt. soon until Mid-May as president Emanuel Macron said in his interview and will announce later in his speech.

Amid the COVID-19 pandemic, Germany is the country that has suffered the least in terms of deaths from the ‘Big Five’ European giants. Solidarity has been the motto of the Govt. and Chancellor Angela Merkel has laid a huge emphasis on solidarity and united efforts.

The current death toll is 3,022, which is a mere 4.63% of the total counts registered from the ‘Big Five’ European nations. The people most at risk from COVID-19 are the elderly and people who are chronically ill or are having a pre-existing condition. Mostly they are in need of support from the community and the Govt. services are readily available for everyone. The stats truly proves the strength of the German economy as compared to the rest of the ‘Big Five’ is capable enough to handle similar extreme scenarios.

The chancellor has requested people to stay at home and the decision to watch a concert, football matches in stadiums or working in the office is no longer personal. They are all decisions that are precisely in the hands of the German Govt. and the Health Ministry. As the Health Minister Spahn, said while laying emphasis in a Press conference that people should realize their corporate social responsibility to fight against COVID-19. Germans must make sure that they take the least risk and avoid all social contacts.

Hence, the positive results of the outbreak are that people are reaching their neighbors and asking if they need assistance. Ironically, the biggest European economy has not seen a melt-down is a huge positive for Germany.