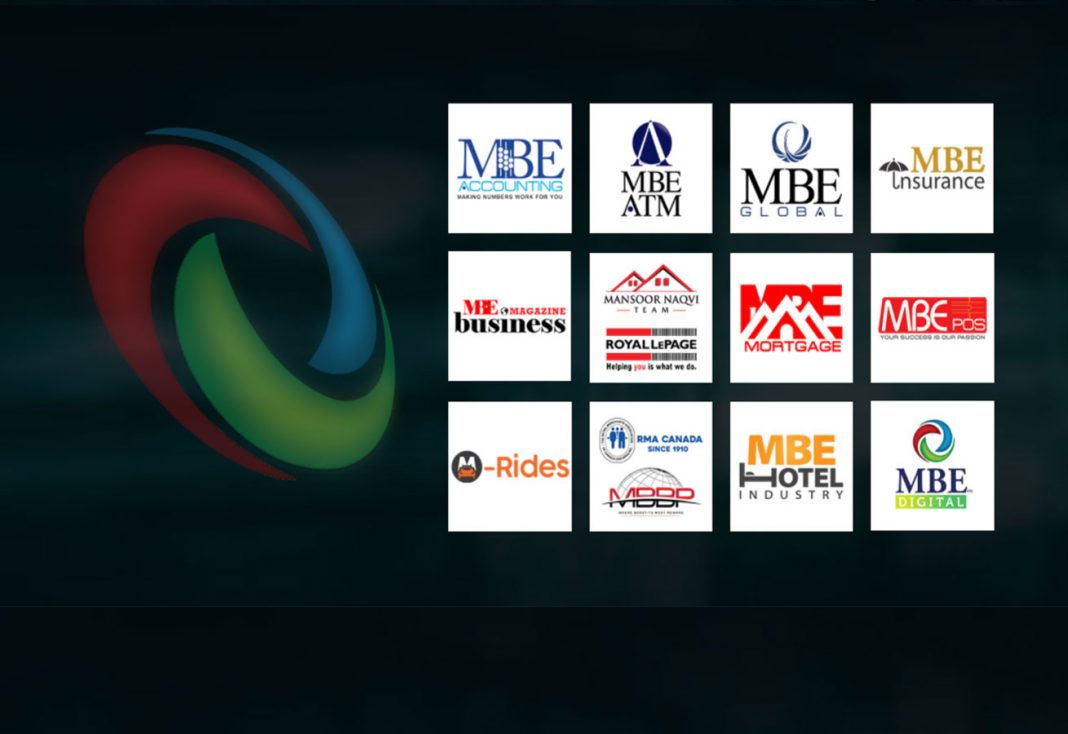 In the business world, starting a new venture is not that easy. Every new venture dreams to be successful while knowing the true value of success. For every different organisation, the meaning & essence of being successful is different & unique. Depending on the changing circumstances of an organisation & their challenges, the journey is indeed a unique one for everybody. The story of a Canadian-based successful enterprise & its founder/owner will be the spotlight of this article. The CEO & President, Mr. Syed Mansoor Ali Naqvi who saw the dream & capitalised on it from scratch while he started with absolutely nothing.

MB Enterprises is an independent Canadian-based business solutions and services. An amalgamation of 17 groups of companies, operating highly effectively in North America and Asia. This is successfully since the last 25 years. The MBE Canada office started its operations from Ontario, Canada in the year 1999. MBE ATM and MBE POS were launched in the MBE hierarchy in the year 2000. Hence, later on in the year 2008, the CEO started his operations in Asia. Aligned with that of the North American region for more future expansions. In the year 2010, The Mansoor Naqvi Team & the Royal LePage was the next business in line with the business hierarchy.

Just as MBE gave a statement of launching itself in the world of property & real estate sector. In the year 2013 MBE Global was launched as MBE started its operations in the IT sector. In the year 2014, MBE started publishing its bi-monthly business magazine. Hence, with the first Issue of MBE Business Magazine that was launched in 2014. This is in parallel to MBBP/RMA Canada, a merger of Mansoor Brother Business Partner. Furthermore, Retail Merchants Association Canada, a loyalty card program founded to provide diverse discounts. Add on to this, benefits to businesses and individual services, and products to members and their families.

Similar to the many business fronts in Canada & abroad. After launching of MBE in the Insurance sector in Canada in the year 2016, stepped into the hospitality industry by the acquisition of The Senator Hotel & Conference Centre. Later on Algonquin Inn, a holiday resort in the year 2019. In the year 2020, as part of marketing & digital media campaigns, MBE formed a digital media company namely, MBE Digital. A subsidiary that has proved to be a huge edge in the world of digital media.

The Group was formed by Mr. Syed Mansoor Ali Naqvi, after he reached Canada in the year 1996. He started operating with a Coffee shop franchise by the name of Coffee Time in 1997. Later, MBE ATM and MBE POS, secondary companies of MBE group. Importantly, as being one of the largest electronic processing service providers for POS/ATM in North America. Hence, created a gigantic purveyor of technology by introducing its own payment switch named as ‘Cash Wave’. Hence, making it to be the second biggest payment processor of Canada.

MB Enterprises is fully equipped with advanced technologies. A strong infrastructure that ensures reliability in services and strong support for customers. Furthermore, a collaborative relationship with clients has been their core focus. MB Enterprises in the form of its subsidiary MBE global is providing technology solutions to financial firms, including banks, credit unions, securities processing organisations & insurance companies. The Mansoor Naqvi Team was merged with The Royal LePage. Mr. Syed Mansoor Ali Naqvi is the only person dedicated in bringing new dimensions to the real estate sector. Hence, as he is the award-winning Royal LePage broker of record. Royal LePage is one of the biggest Canadian Real Estate companies with overwhelming achievements in Canada & across the borders in the United States.

His Autobiography is a complete guide to the way his journey progressed and indeed an inspirational story for many young entrepreneurs & small business owners who want to achieve success in the world of business, that shows even when things seem challenging, it’s worth battling through. Despite financial difficulties during the early years, he now owns a thriving business group.

The Big achievement in the retail industry, was the merger of Mansoor Brother Business Partners with RMA Canada. Hence, as a result of this merger, MB Enterprises got huge scope to the retail market and its stakeholders. Stepping into the hospitality industry with the famous & highly prospective acquisition of The Senator Hotel & Conference Centre in Timmins and later on Algonquin Inn, a holiday resort, to experience the serenity of the world famous Algonquin Park. 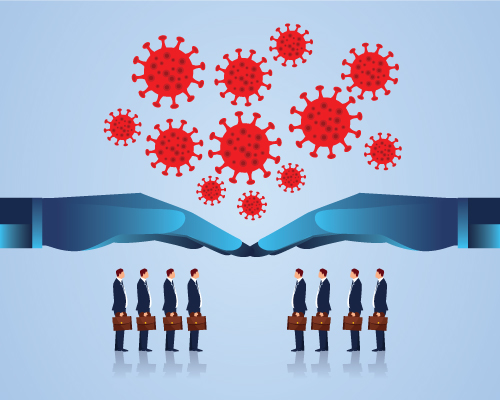 MB Enterprises is contributing to the economies by bringing growth and innovation to the community in which the business is established and also helping stimulate economic growth by providing employment opportunities to employ more & more people, and being responsible for the success of the company along with the success of its people. This is especially in current times of crisis, i.e. Corona-virus. Therefore, the MBE group has increased its operations in two continents. Along with parallel impacts on the regional employment opportunities in North America and Asia.

MB Enterprises as a strengthened business group, providing business solutions in Canada for over 25 years, has created strong challenges among other business competitors in the Canadian market, by developing and managing efficiently as well as profit-making multiple businesses in the respective industries through offering exemplary support to existing and potential customers, to ensure that clients enjoy an experience that is above par, and to grow with our business partners, enhance profit ratios and develop inventive & successful business methodologies that shape businesses for tomorrow.

As Mr. Mansoor Ali Naqvi, being a Canadian entrepreneur has proved his worth in the world of business. His vision and attitude towards business is highly inspirational. Hence, as he has been able to achieve a number of business challenges. He truly showed that entrepreneurial success is not possible without pure hard work along with people around you. His ups and downs in Canada truly demonstrate his character as a fighter. Proved that to the whole world with the launching of ride-sharing services into Asia and North America. Mr. Syed Mansoor Ali Naqvi has always aimed for the sky, while he has struggled for his goals every day.

Being a well-established and competitive business group in the market, MBE group inspired to build a technology-oriented company that could deliver both profits as well as positive social & economic impacts. M-Rides is formed on the belief to serve millions of consumers, drivers & fleet owners under one umbrella. Consumers search for quality offerings to ease their daily life needs like travelling, food ordering and parcel delivery, etc, at the same time drivers & fleet owners get access to huge earning opportunities due to a big consumer base. M-Rides is a subsidiary company launched by the MBE group, holding the structure of a ride-sharing company similar to other ride-sharing companies in North America & Asia. A highly distinguished multinational company that is operating effectively in many countries of the world.

M-Rides is a highly effective ride sharing service app with huge perks, discounts, and offers for both captains as well as consumers. For the sake of consumers, making transportation more accessible to everyone. Whether it’s a commute to the office or a late-night dinner etc, introducing a saving point of view with consumer’s perks based on distance and discount offers. The most common terminology used alternatively in place of a rider or a driver is ‘Captain’. Furthermore, what’s just as important, if not more, to today’s ride sharing community, is success and safety on the road. In response, M-Rides has made it so its captains must be 24-years old at minimum, hold a G license and must undergo a thorough background check before getting on the roads, and should follow all the requirements and Prerequisites according to industry and road safety standards.

M-Rides is a huge opportunity for the captains to register themselves and earn money on their own terms. A big ratio that is beneficial for the captain, and is based on a comprehensive referral system for the captains. There is also insurance coverage per ride and an exclusive insurance program offered through this platform. For Fleet owners, they will be having the opportunity to invest in an already operational & running business that just needs captains while enjoying higher benefits and profitability margins. M-Rides make sure of the availability of its mobile app, thus launched mobile apps on both the platforms Android and iOS, having separate versions of consumer and captain apps. Because the competitive edge in terms of technology is huge as there is a think-tank behind the efforts to develop a highly effective mobile application.

Available on the M-Rides App is another service that will be a revolution in the online food ordering industry. It’s known as M-Foodz and it has on-board restaurants linked up with the service. Found on the app or the website is the variety of on-board restaurants. The consumer just needs to order food online via the app or the website, and their order shall be taken by the restaurant. M-Foodz rider will simply collect the food with all the quality assurance measures, and deliver it to the consumer’s address.

All you need is to download our M-Rides App and order your favourite food online. You will be part of M-Foodz perks and discounts while you become a regular customer of M-Foodz. M-Packages is another service that is a courier service based in North Americas and Asia. It has a package tracking facility along with the other enhanced options like chat services with riders etc. As it aims to bring the standards high & bright, therefore, the parcel is delivered fast & safely. Having a huge insight into the industry requirements M-Packages is ready to serve its customers in the field of courier services.

In addition to this, the person who wants to drive with us, can register as M-Rides captain and has a chance to increase his earnings by getting on-board as M-Foodz or M-Packages rider. Moreover, it’s a big opportunity for the on-board M-Rides captains to become a RMA/MBBP member, which is a loyalty program offered by RMA Canada, through which he can avail all services offered by MB Enterprise as well as deals in benefits and rewards on taking services from the Retail industries based.

CANADIAN ENTREPRENEURS & THEIR ACHIEVEMENTS IN YOUTH

WHAT ARE THE THINGS THAT MOTIVATE EMPLOYEE MORE THAN MONEY?

KEY TRENDS IN CUSTOMER CARE IN THE YEAR 2021

OFFICE CULTURE SIGNIFICANCE & HOW TO IMPROVE IT?

CRM SYSTEM & HOW IT IS USED EFFECTIVELY IN THE HOSPITALITY INDUSTRY 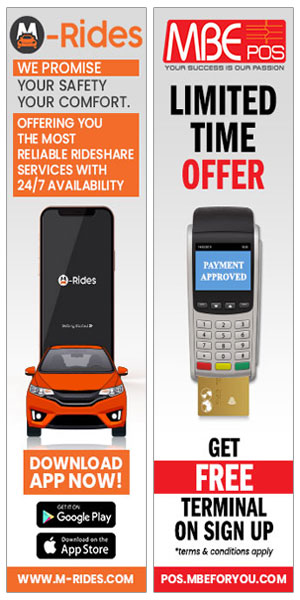 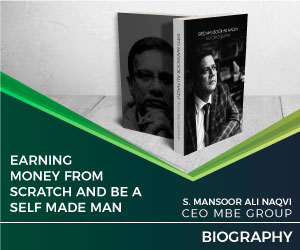 CANADIAN ENTREPRENEURS & THEIR ACHIEVEMENTS IN YOUTH 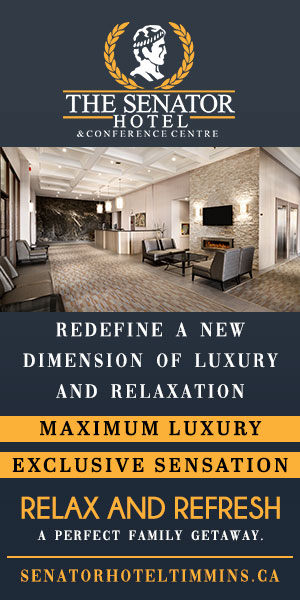 HUMAN IMPACTS OF ‘COVID-19’ & HOW BUSINESSES CAN HELP?

VALENTINE DAY – A CELEBRATION OF LOVE ALL OVER THE WORLD

ABOUT US
MBE is an independent, Canada based business solutions and services providing group that is envisioned to lead the industry through trend-setting innovation and ground-breaking ideas. Our utmost and highest commitment has stayed to offer exemplary support to our existing and potential customers and to ensure that our clients enjoy an experience that is above par.
FOLLOW US
Ⓒ 2018 - | All rights reserved | Designed by MBE Digital
MORE STORIES