Sexual Harassment In The Workplace And What You Need To Do

Everyone has the right to have a safe work environment. Regardless of whatever designation you are working in whichever company, getting harassed is not what one deserves.

And when the harassment is in the form of sexual harassment at the workplace, it should be stopped immediately.

Sexual harassment is frequently viewed by many as a nuisance which is not necessarily harmful, but this is far from reality. Sexual misconduct that is inappropriate at work can have grave consequences and cause physical harm to those impacted by the behaviour. In most cases, sexual harassment doesn’t cause direct bodily injury to the victim. However, this does not mean the victim doesn’t face any damages.

One of the most frequently occurring results of sexual harassment in the workplace is a hostile working environment that could affect an employee’s performance or even result in someone being unable to remain on the job. It can result in financial losses in lost wages and career opportunities, which can add up to quite a lot.

Additionally, there are the non-economic, intangible damages the victim suffers due to sexual harassment at workplace. Being in a place that does not make one feel secure can be highly stressful, and often it is necessary to endure harassers for prolonged periods, which causes a person to be exhausted psychologically. In the most extreme instances of sexual harassment at the workplace, there is a risk of assault, and even in less threatening situations, trauma can lead to the formation of psychological disorders like PTSD or depression.

But What Is Sexual Harassment?

If you are still confused about sexual harassment, let me elaborate. Sexual harassment is an unwelcome sexual advance whether verbal or physical asking for sexual favors without consent.

The person may also be harassed sexually through exposure by or witnessing this type of behavior. As an example, listening to conversations or seeing posters that are sexually explicit at work.

Sexual harassment examples could include:

So, What To Do If You Are Sexually Harassed At Your Workplace?

Here are some things that you need to do when facing sexual harassment at workplace. 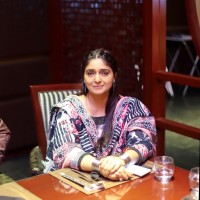