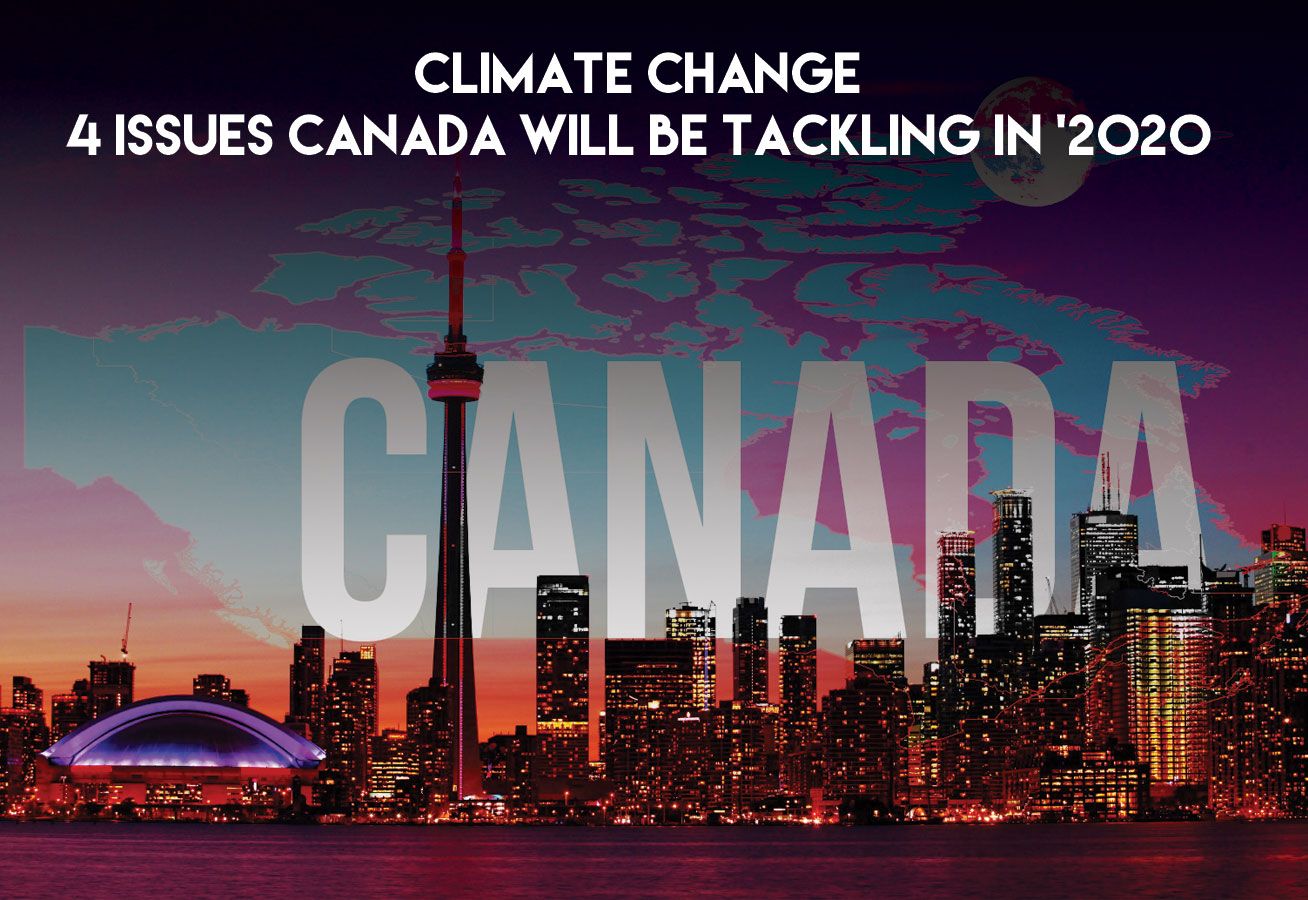 The action for Climate change and global awareness has grown significantly since the last few decades. This also includes political pressures and many other pressures creating awareness for global climate action. The recent fires in Australia are a true example. This is because it has caused a great sense of urgency for climate action in the current year i.e. 2020. In Canada, awareness has increased since the last few years especially due to political pressures. Canada has a defined agenda that they shall be dealing with while tackling the climate change issues in 2020.

THE GLOBAL IMPACTS OF CLIMATE CHANGE:

There have been huge protests and people came on streets across Canada. Climate action was a single agenda. For the identification of climate change issues, global protests took place. A huge example includes the efforts of Greta Thunberg, the 2003 born Swedish activist. The girl who played an active part in protests against climate change. She protested in front of the Swedish parliament at a very young age. Nominated for the Noble peace prize i.e. in 2019 and 2020. This was just for the sake of her efforts globally for climate change and action awareness.

There are lots of conversations, developments, and dialogues that revolve around the hot topic of climate change. This especially relates to the challenges and agendas of 2020. Discussions related to the building of the pipeline and other significant problems that relate to carbon taxes. However, the advocates and delegates that relates to the oil industry. They have pointed out that Canada is responsible for less than 2% of all global emissions. Having said that if we compare the Per Capita emissions with the G7 countries. In terms of PerCapita emissions of the highly industrialized countries i.e. G7. Canada is placed number 2, just next to the USA in the Top 7 rankings.  On the road to a low carbon future and sustainability in climate change. There are four climate change issues that the Canadian Government needs to tackle immediately.

DECIDING THE FATE OF THE FRONTIER OIL SANDS MINE:

According to relevant data and stats from Natural Resources Canada. It shows that the oil and gas sector in Canada currently holds the number 1 spot. This is in terms of the source for greenhouse gas emissions in Canada. These are forecasts that are expectedly going up.

There is a cap that has been imposed on the O&G sector by the provincial government. In case if the Frontier mine is built. The overall emissions would still remain below the cap. The Govt. of Canada imposed this cap for monitoring and control. Hence, this means the decision must be affirmative however, scenarios can fluctuate. More output means the reductions in overall emissions in Canada will increase instead of decreasing. This will happen in-case if the emissions will stay below Alberta’s imposed cap.

However, if we talk about the Govt. of Alberta. They are quiet affirmative that they need the economic activity that the resource sector brings. The federal govt. should live up to the environmental commitments and must ensure that the level of emissions comes down.

According to what an environmentalist Mr. Jaccard said: “Phase out the coal and don’t replace it with the natural gas.” The government should now work more on the generating of electricity. They must do this by using more cleaner and refined resources. This is similarly true just like the government must reduce the emissions from cars and trucks. Climate change issues need to be resolved with a designed strategy for the reduction of carbon emissions.

A strategy to reduce emissions that have been impactful in many ways. As countries in Scandinavia has been active in replacing their vehicles with electric cars. A massive thought for the environment making it a pollution-free and clean place to live. The organization Clean Energy Canada, who are actively working for a better environment in Canada. They believe that the efforts of Ontario from 2007 to 2014 were truly awesome. These were in terms of cutting emissions by 17%. According to research its equivalent to bringing 7 million cars off the road. These stats mean business for Canada as it’s a significant percentage in terms of reducing emissions in 2020.

THE CHALLENGES AND OPPORTUNITIES OF THE CLIMATE CRISIS:

The climate crisis is full of challenges as well as opportunities. People think there are more challenges than there are opportunities. However, the environmentalists believe that’s not true. With climate change and its efforts on a global scale, the opportunities are expanding every day. However, addressing the climate crisis requires more systematic changes in 2020. The actions that need to be taken care of decarbonizing the transportation sector and electricity generation. Hence, the government needs to make appropriate policies so that combined efforts and actions work in parallel.

People will benefit more from calm environments, quieter cities, and a more diverse economy. Environmentalist Mr. Jaccard thinks positively for Politicians. According to him climate-sincere politicians in order to cut emissions down. They would need to regulate the carbon pricing or bring carbon pricing to higher levels.

REDUCING EMISSIONS FROM CARS AND TRUCKS:

One of the most important steps that Govt. should take immediately. It is reducing the emissions from cars and trucks (larger vehicles) as part of their 2020 agenda. The concentration of most Canadians is those living in provinces. From non-polluting sources, the process of electricity consumption takes place in some Canadian provinces. The province of Ontario’s reliance is mostly on nuclear, hydroelectric, and wind power resources. Alberta is a province that still is heavily dependent on coal.

However, the most crucial actions that must be taken by the government. It is the reduction of emissions from cars and trucks down to zero.

Transportation in Canada that includes mainly cars and trucks accounts for 24% of overall emissions. Bringing the auto market to zero emissions is the best way for a low-emissions future. The reason is the transportation industry. It can control carbon emissions at least 24% to 10-12 % in at least 3 years. For this the govt. has to invest more in electric vehicle technology, charging stations, and public transit. Smarter policies to cut down carbon will bring the rest of the change.