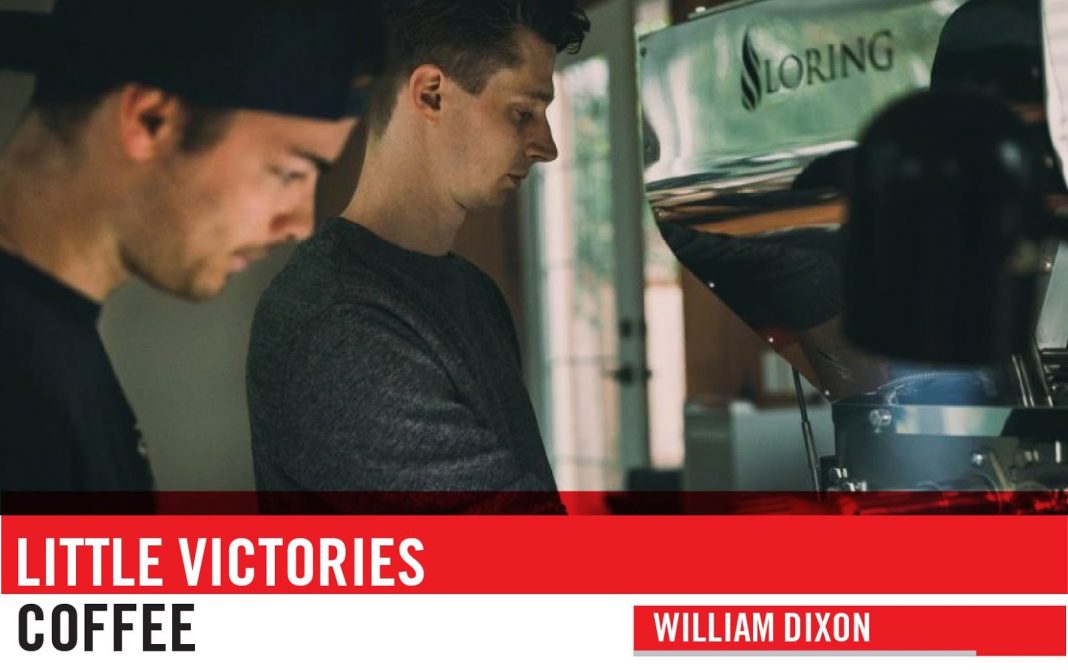 The third wave coffee generation is brewing in our country’s capital. This is developing as two friends are refining the craft of brewing and roasting. Andrew Bassett and Jeremie Thompson are the owners and founders of Little Victories Coffee (LVC). It is a venture that was started in May of 2016. Bassett was a barista for six years before running LVC. He worked with Thompson. It is a roaster and fellow coffee aficionado, in Canada for years. Before Bassett made a move to Melbourne, Australia to hone his craft. Bassett realized that Canada was lagging behind. However, during his time he did realize about his profession more closely.

“I wanted to bring my experiences back home,” says Bassett. He rang Thompson and by the second day, Bassett was on Canadian soil again. The two were already making business plans. “We wanted to put Ottawa on the map…We’re not really business guys, but we’re coffee guys,” he says. “Nobody has spent as much time focusing on coffee as we do.”

Achieving little victories and targets the pair were already turning their heads. Before they even had to sell a product, the pair was on a role. Taking first place in a latte art smackdown, Bassett says he and Thompson had baristas, brewers and roasters already interested in them. “They told us they wanted to know as soon as we had a product ready,” says Bassett. “I’m starting to really think, ‘oh, this is possible!’”

Once they decided on their product offerings, Little Victories started focusing and refining what they wanted to bring to the breakfast table.

“We really focus on an interesting, sweet, not bitter coffee,” says Bassett. Accessible to more people and more palatable were his coffees. Showcasing the many varieties, flavours and levels of coffee, which really, is what the third wave of coffee is all about. Instead of being a general food item, third wave coffee makers want to express the many differences and intimate details there are between beans.

They want us to recognize coffee the way we look at wine. But it’s more than that; it’s about improving every step of the process, from forming specialized partnerships with farms to importing and buying coffee differently.

Bassett has travelled to different regions to meet with coffee farmers personally, and he’s currently partnered with two, stating “we’re hoping to source more though.” He has taken special care to research and source his product and is attempting to truly support the source of LVC’s product. As nice as the label of fair trade organic is, and it has its place in the market as a whole, Bassett and his team are building a more authentic relationship with these farmers than some other companies.

Until they can do business differently down the road, LVC is working with import agencies, which are great for Bassett, if they’re transparent enough. Right now LVC is partnered with over 40 businesses in the Ottawa area and beyond.

Locations in Toronto and Montreal are enjoying distinct flavors from these seasoned coffee veterans. “The plan is to expand by wholesale and then retail,” says Bassett. The LVC online store hosts and sells a catalogue of everything the coffee aficionado might need. From kettles and brew stands to coffees and teas, Bassett and Thompson have also refined their product offerings.

“We work really hard to have a high-quality product,” says Bassett. His dream is to be recognized as one of the biggest third wave coffee compa- nies. Bassett wants nothing more than for Little Victories to appear in the same sentences as Intelligentsia or Blue Bottle Coffee. “My staff can tell you everything about everything we sell.”

Having a small but robust selection of products with a small team, resolute about what they do, has been a successful model for LVC. With public cupping events and by hosting their own latte art contests, Little Victories has inspired a loyal and growing following. “We’re really focusing on the coffee community here in Ottawa,” says Bassett, which is a challenge since he considers Ottawa not to be a major coffee-driven city.

Crawling through their Facebook feed, you can see their accomplishments over these last few years. From opening their first café to their second, expanding their lines of coffee and coffee makers and even a small line of branded merchandise. And all these little victories have added up to some big success!