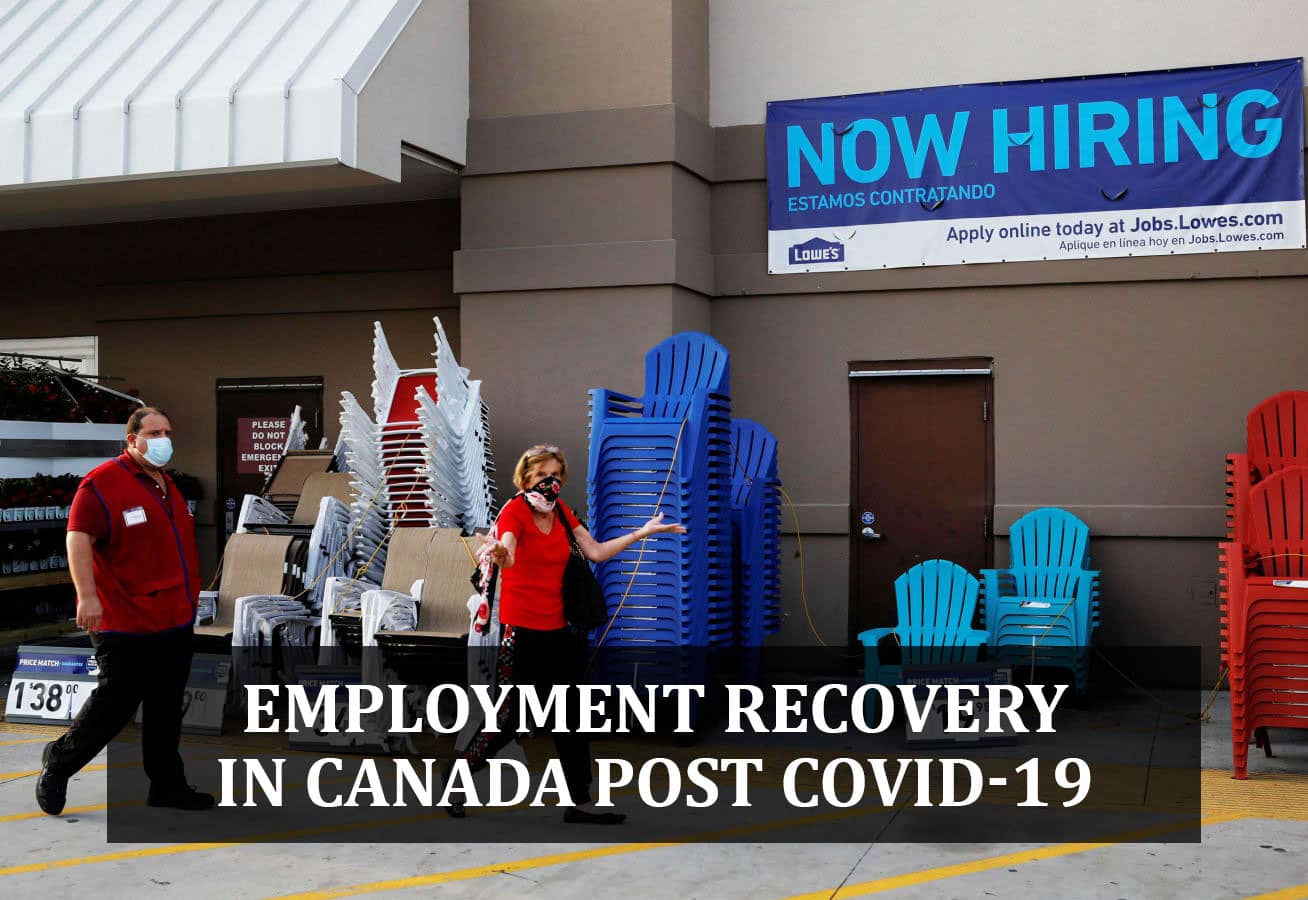 Statistics Canada has shown incredible recovery after COVID-19 has taken new heights. It has shown signs that the Corona-virus lock-down caused a sharper decline. Similarly, it showed a sharper recovery than previous economic downturns. Since COVID-19 has been a cause of concern for many sectors in the Canadian economy. Ironically, it has affected the rate of employment in Canada, especially in the services sector as a trend. In parallel, it has been affecting the daily income of many people in various sectors.

A key reason being the economic activity in Canada that has been on a decline since COVID-19 reached its peak and many sectors were under lock-down in Canada. The Statistics Canada survey is a body that provides monthly information on payroll employment, earnings and hours worked in Canada. Seen as a decline by 1.8% are the figures for the total number of employees working on Payroll. On the other hand, the average weekly earnings rose to 2% to the figure of $1,139 in the month of May.

Rather seen on the decline side are the job losses in the Canadian region. This clearly shows the recovery that has been fast and impact-full. An increase in retail sales by 18.7% is huge in Canada. Hence, impacted by the pandemic COVID-19, the comparison & contrast is with other countries. Although, this rise in retail industry sales is below 20% as compared to what they were in the month of February? In payroll employments, seen on the higher side. Hence, there was a shift in balance seen very clearly on opposite side. Since February every month, the employment losses slowed gradually in the retail sector.

The April figure saw a loss of approximately 279,000 which is in comparison to May only about 41,800. This is primarily due to the impacts of COVID-19 being fresh. Highly affected was the real estate sector in terms of the hour. This is due to the COVID-19 measures.

THE HARDEST HIT SECTORS IN CANADA:

The Canadian economy although not hurt like the economies in Europe. However, there are some sectors in the Canadian economy that has been hit hard. This is mainly because of the amount of FDI i.e. Foreign Direct Investment involved in the sector output. In the month of May, the hardest hit sector was found to be the Accommodation & Food Services sector. It showed a loss of 16.9% i.e. reflecting 116,500 jobs and was the largest payroll employment decline. This sector has continued on a downward trend since February and has seen incredibly over 770, 000 job losses. In Food services, areas, and in the drinking places are the stats related to the Food Industry. For the month of May, the weekly earnings are found to be $447.75 as stats show. Comparatively i.e. seen to be the lowest amongst all the sub-sectors in the food and beverage industry.

In the hard-hit section in the retail industry, Canada also included the arts, entertainment, and recreation sector. A huge and very sharp decline of 557.7% from the month of Feb to May was mainly because of losses in sectors of amusement, gambling, and recreation industries. In the arts & entertainment industry in Canada, some sub-sectors were found highly affected. This is mainly due to the lock-downs and following strict compliance with safety measures. These are performing arts, spectator sports, and related industries that saw massive declines due to COVID-19. The average weekly earnings from 2019 were up by 27.3%. In contrast with 2020 i.e. $798, due to huge losses incurred by the lower-paid workers. With special attention to the lower-paid workers. In terms of the weekly earnings of employees in the hardest-hit sectors. As mega contributions sliding down, results showed on the lower side.

RECOVERY IN EMPLOYMENT SECTOR IN JUNE:

The activity in the employment sector due to COVID-19 has found to be a bit on the abnormal side as compared to 82′ recession, 92’ recession, and finally the 2008-09 recession. Talking about the initial recovery in Canadian employments was found on the sharper side. This was claimed by the Labour Force Survey Canada for June. This is in comparison to the previous economic downturns. The lock-down in Corona-virus has caused the employment to fall to 15.7 % in just a period of two months. This is vitally high as compared to the 2008-09 recession which saw a drop of just 2.5% in the period of nine months. These results if analysed in contrast to each other has shown significantly how COVID-19 has dented the Canadian economy with respect to the magnitude of job losses.