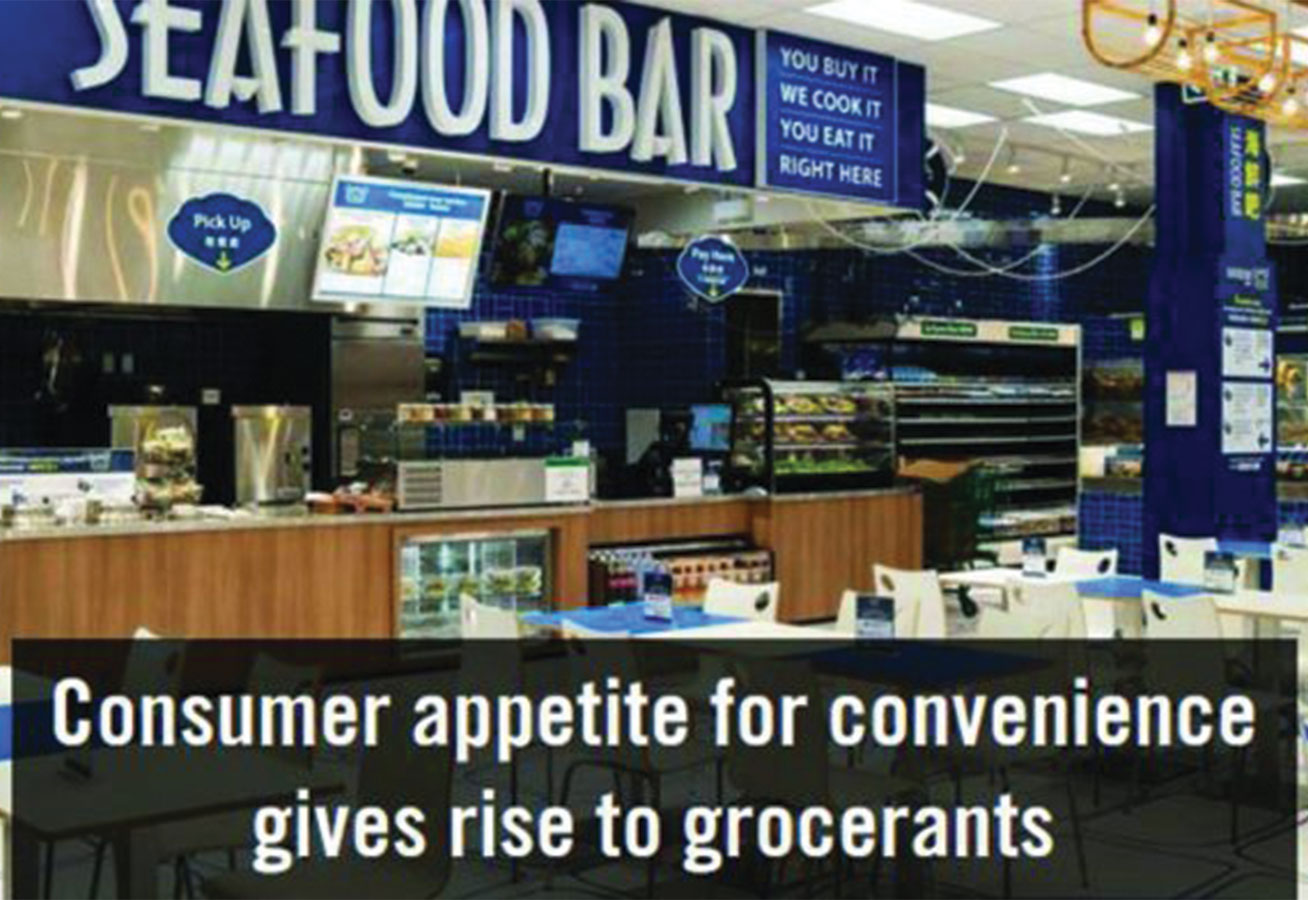 Cooks at T&T Supermarket’s first seafood bar in Vancouver stand ready to prepare spot prawns, clams and lobsters freshly ordered by grocery shoppers, as the Asian-focused chain ups, the ante for Canadian grocers increasingly looking to the grocerant trend to get shoppers to linger longer and spend more.

At a time of intense competition in the grocery business, chains increasingly blur the line between supermarkets and restaurants, adding take-out meals to their shelves, hot food counters where chefs make dishes to order, and even full-service restaurants.

Diners at the new T&T destination receives a pair of gloves to eat–no cutlery–and sit in the seafood department, surrounded by creatures in live tanks and buckets containing orders zipping overhead. They appear to be eating it up. There’s been a roughly 60-minute wait for seating since the supermarket opened last week.

“It’s a restaurant-quality experience at supermarket prices,” said Tina Lee, CEO of T&T, which is owned by Loblaw Companies Ltd.

Grocerants serve a time-strapped population that values convenience at a time when grocers are feeling growing pressure from online competitors.

Loblaw is joining many rivals in the race to woo customers with innovative in-person experiences.

Grocerants generated 2.35 billion visits in the U.S. over the past year ending June 2018, according to data from market-research firm NPD Group–down 2% from the same period a year ago due in part to an uptick in foodservice delivery options.

“If you serve convenience to consumers, you can increase margins,” said Sylvain Charlebois, a Dalhousie University professor whose research focuses on the food industry. He identified grocerants as a major trend for this year in his annual food price report.

Canadian grocers are competing in a difficult landscape. Retailers Costco and Walmart have stolen billions of dollars worth of market share from traditional grocers over the past decade, and tech titan Amazon’s acquisition of Whole Foods has prompted a race to implement e-commerce options among companies that had been previously slow to offer delivery services.

They also face pressure from restaurants, where consumers looking for quick dining solutions over complicated home-cooked meals spend their money.

Retail sales between June 2017 and June 2018 increased 0.7% at food and beverage stores, according to Statistics Canada’s most recent figures, but fell 1% at supermarkets and other grocers–excluding convenience stores.

Traditional grocers hope to set themselves apart and draw more people through their doors by adding dining options like T&T’s Seafood Bar. Grocerants aim to not only make some money on the restaurant side but also lure diners into spending money they otherwise wouldn’t have in the market aisles.

“They want to welcome you. They want to make sure you spend as much time as possible,” said Charlebois.

All 11 locations of T&T, founded in 1993 and acquired by Loblaw in 2009, now offer some level of ready-made food–a concept CEO Lee scaled up significantly when she opened the 70,000-sq.-ft. Richmond location