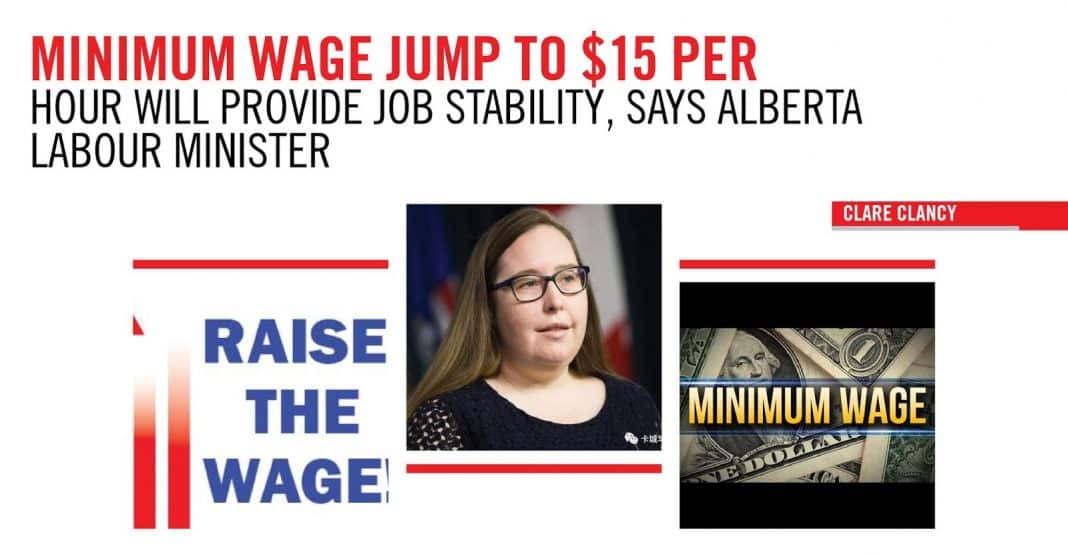 The province’s phased-in minimum wage hike will hit $15 per hour next month. This will definitely bring stability in jobs nationwide. Hence, spurring Alberta’s labour minister to shop the change around local businesses Monday.

“We know what this policy does,” said Labour Minister Christina Gray. She said that at a news conference held at a board game cafe. “Increasing the minimum wage puts more money in the pockets of families. Also, the women and working people who are trying to survive in our province.”

EFFECTS OF IMPROVEMENTS IN MINIMUM WAGES:

The minimum wage was $10.20 per hour in 2015. Since then, the NDP has phased-in increases that reached $13.60 last year. Member’s stick to their stance that jobs are getting killed. The United Conservative party was the one that criticized the party policy.
Some reports from think tanks and economists have suggested the move could lead to between 10,000 and 25,000 job cuts in the province. But Gray said the policy will help to grow the economy, citing 90,000 new jobs created last year.

“Going forward, we know that paying a little bit more to workers will provide greater stability, lower turnover, more loyalty,” she said. “We hear that a lot from businesses that pay at or above that higher minimum wage — that there is a benefit in retention and lower training costs.”

Brian Flowers, an owner of Table Top Cafe. He said he feels the increase is necessary so that Albertans have more disposable income. His two locations employ 19 workers, who almost all work for minimum wage.

“It hits my costs a little bit, but I think the total sales will increase because of it,” he said. “It’s fairly cheap to come here … it’s something more people can do with just a little bit more income.”

Alberta will have the highest minimum wage in the country after the change has taken effect, Gray said.

“We know exactly who our minimum-wage earners are,” she said, adding 75 per cent are 20 or older, more than 60 per cent are women and 33 per cent have children. “Trying to survive in a city like Edmonton or Calgary, earning $22,000 a year … would be so difficult.”