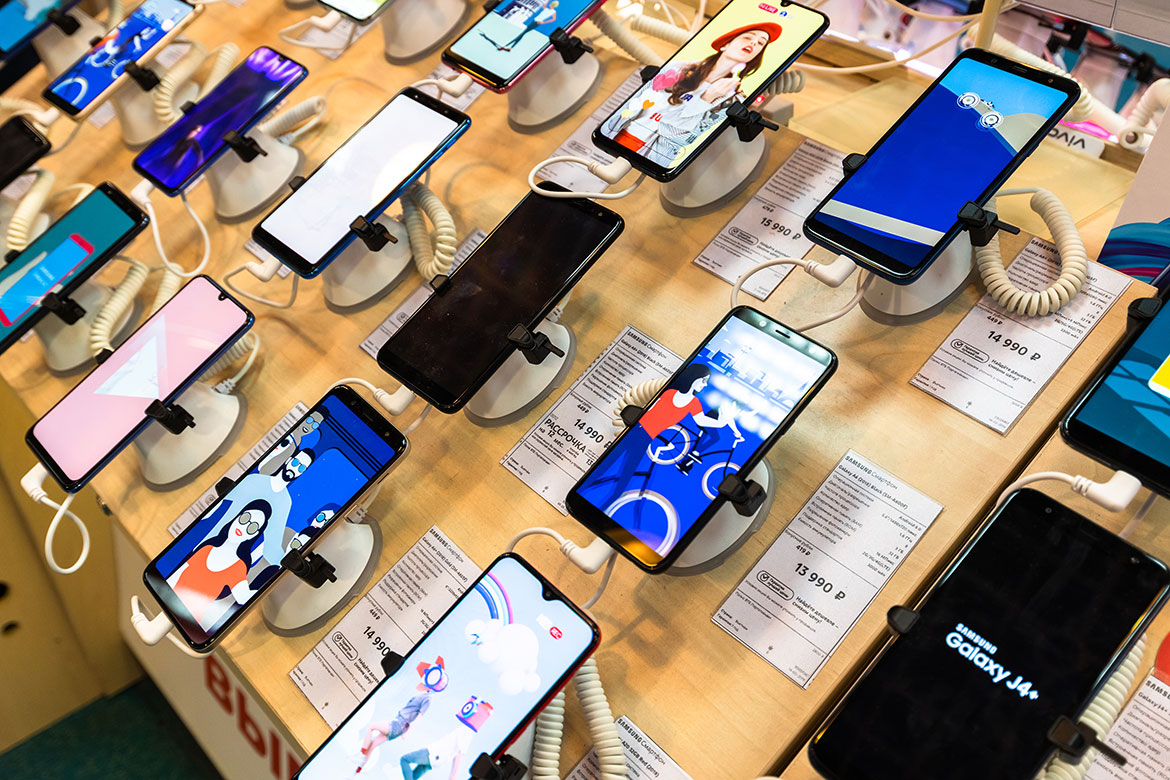 Canada just like the US & UK, the countries that excel in latest & most techno-friendly mobiles is similar in consumer market. Amongst the people most wanted mobile phone brands is Apple iPhone along with Samsung, Sony, Google Pixel, Asur, Huwaei, One Plus & Xiaomi being the top most & most favourable brands. Apple Inc. is a brand that is the number 1 brand in the world. Thus, with many people who have adopted Apple as their top most priority brands in the list of most wanted.

Apple dominates the markets in North America as it does in Europe all over the European continent. The first Apple iPhone was launched in 2007 to be exact in June 2007 & was known as the First Generation Apple smartphones. After Apple i-phone 1 originally launched in June 2007. With the Apple i-Phone 4.0 launched in 2010. Launched every year since 2007. Thus, the release was followed by Apple phones. The latest in the list of Apple I-phones is Apple iPhone 14 Pro Max. 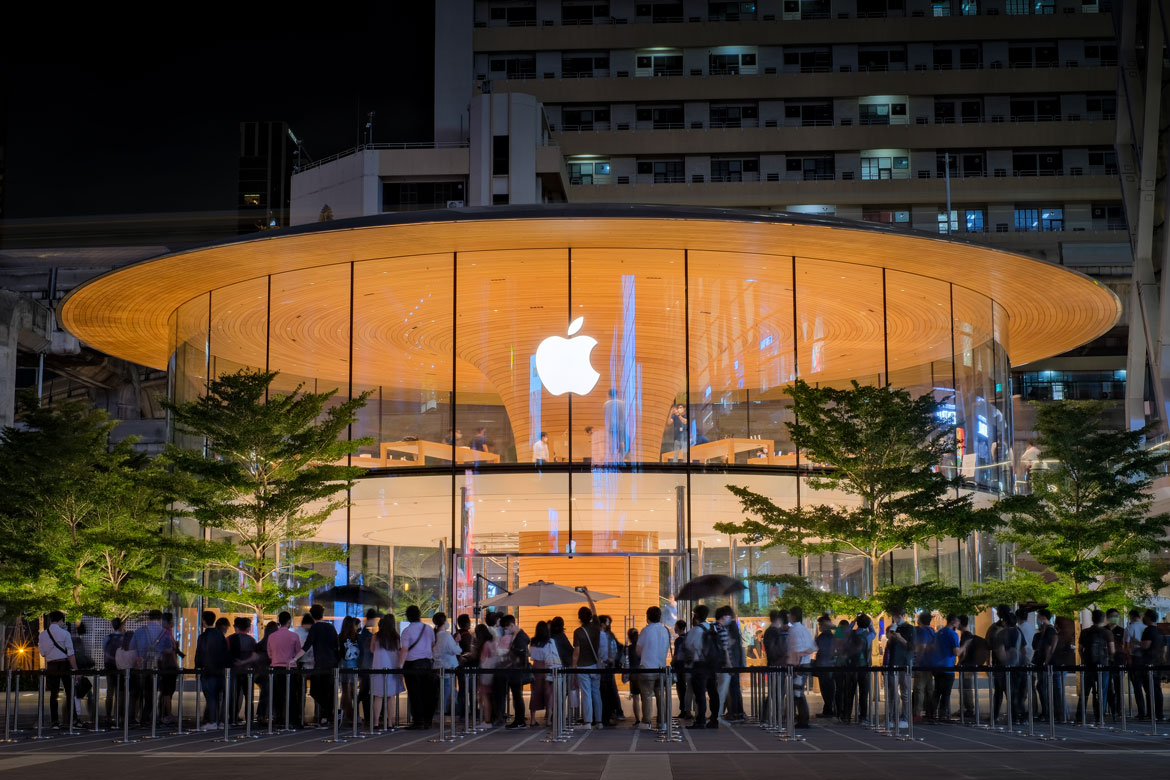 Apple’s owner Steve Jobs is the man behind the innovation & creativity that leads to the success of Apple Phones. Steve obviously died in Palo Alto in the year 2011. However, his mind is still alive in the success of Apple. Predominantly, being the number 1 brand not only amongst the phones but overall.

The following are most wanted mobile phones in Canada in 2023;

The Apple iPhone Pro Max is the new & latest smartphone by the company Apple. The most wanted mobile phone amongst the phone brands in North America & Europe. The price of the Mobile Phone in Canadian dollars is $1,495. As far as the features of the phone are concerned it is the most equipped phone in type smartphone. The model is obviously iPhone 14 Pro Max. In addition to this, the phone was released on 16th September 2022. The OS or Operating System is iOS 16 and the technology it is equipped with is GSM/CDMA/HSPA/EVDO/LTE/5G. As far as the weight of the phone is concerned it is very lightweight, i.e. 240 g. 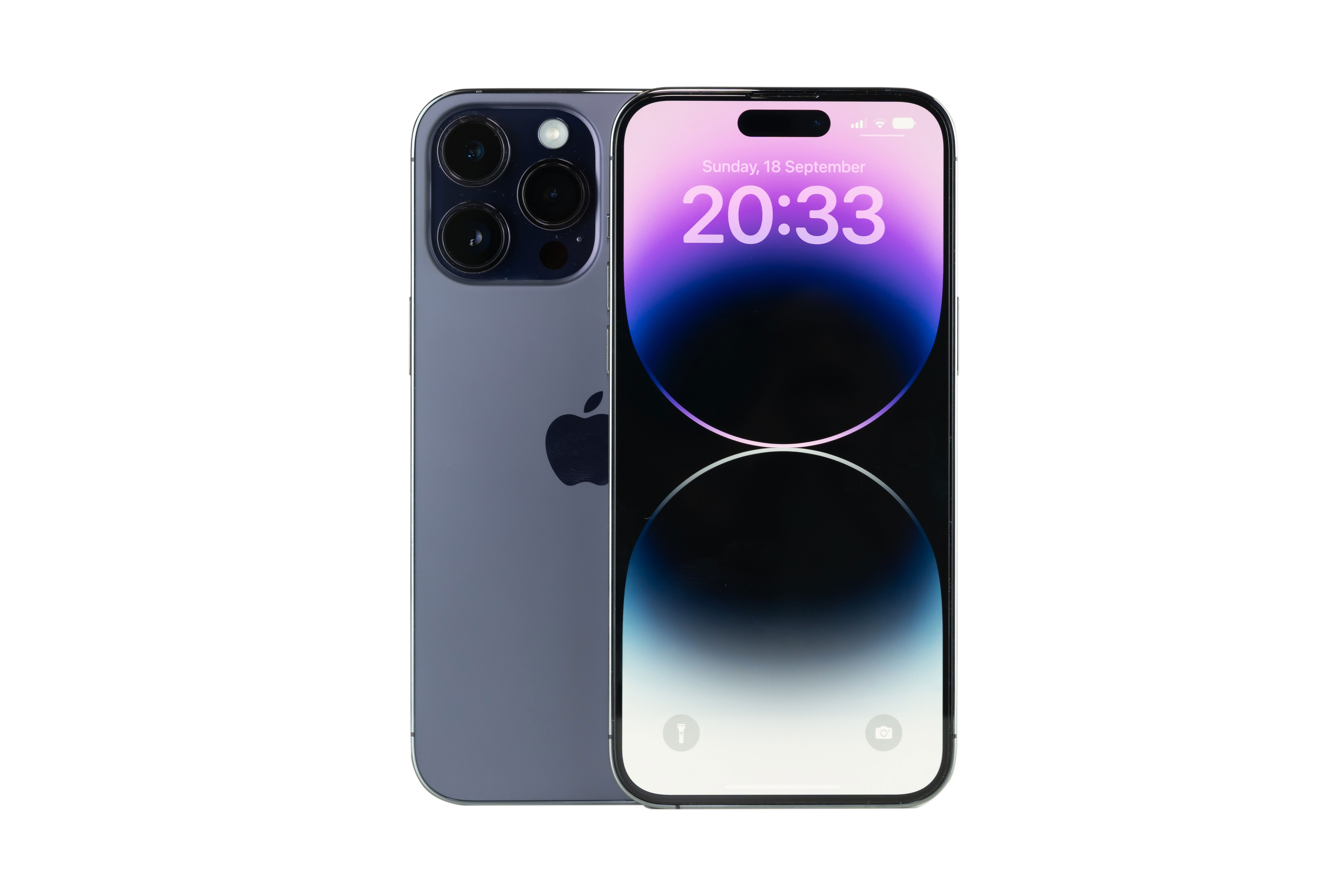 The phone is available in different colours which includes Space Black, Silver, Gold, Deep Purple. The phone is water & dust proof which is a feature that is available with most phones released after iPhone 7 plus in Sept 2016. For paying features it has Apple Pay (Visa, Master Card, AMEX certified).

As far as phone memory is concerned its 6GB. Thus, with a storage that starts from 128GB to 1TB with 256GB and 512GB in between.

Samsung Galaxy amongst the mobile phone brands is number 2 in the list of brands. These are ones, that are most valuable phone brands all over the world. Proudly placed at number 6 is the company Samsung. Hence, amongst the top most brands that manufactures phones as well. Along, with Google and Apple only above Samsung. This phone with model being Samsung Galaxy S22 Ultra is a new smartphone by Samsung. The price of S22 ultra in Canada is CAD 1,631. Found on a relatively higher side is the price as compared to iPhone 14 Pro Max. However, the features are the most equipped ones as compared to previous Samsung Galaxy phone features. 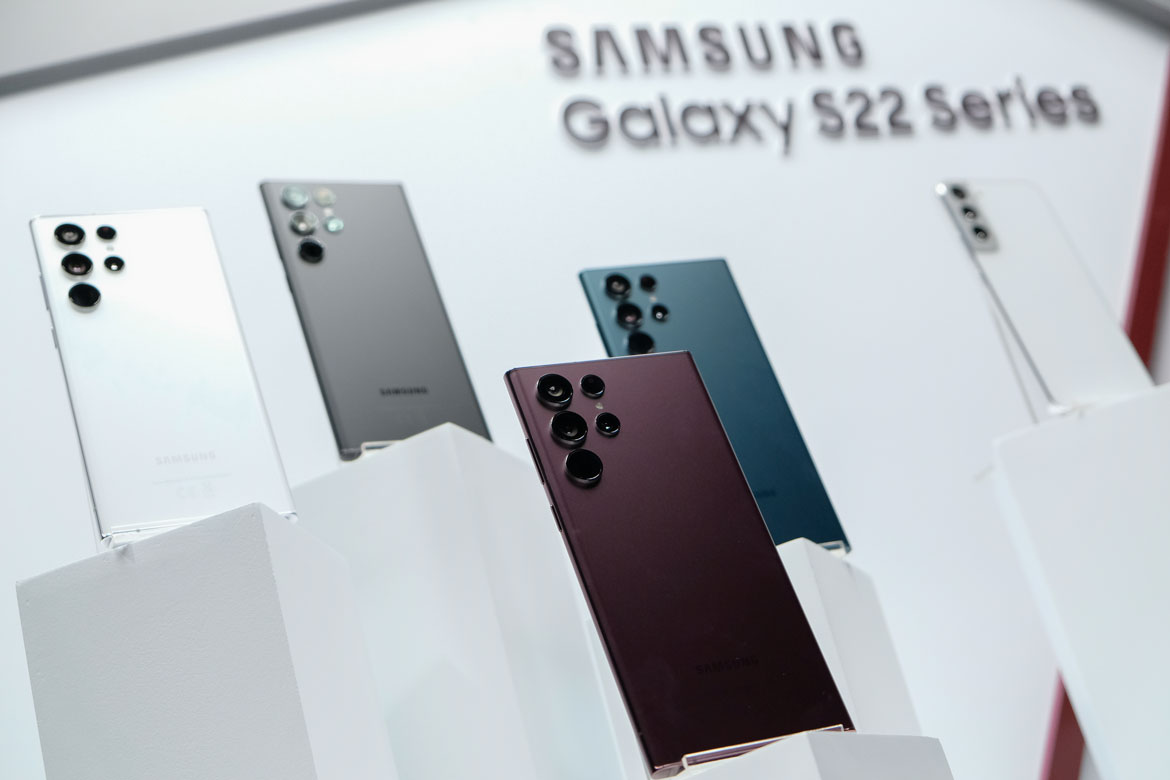 The Mobile phone in the type is a Smartphone with model obviously being Galaxy S22 Ultra. 25th Feb 2022, was the official release date of the Samsung Galaxy phone. Apart from this, the technology is GSM/CDMA/HSPA/EVDO/LTE/5G. That is, with the OS or Operating System being Android 12, One UI 4.1. The phone is Water & dust proof resistant up to 2m for the duration of 30 mins. Its heavily equipped, i.e. in terms of the display. That is, with the screen size being 6.8 inches, 114.7cm2. The resolutions being 1440 * 3088 Pixels. The phone is operational on the following networks, i.e. 2G, 3G, 4G & 5G.

Google Pixel 7 Pro is a new smartphone by the search engine company Google. The price in CAD is $1,223. 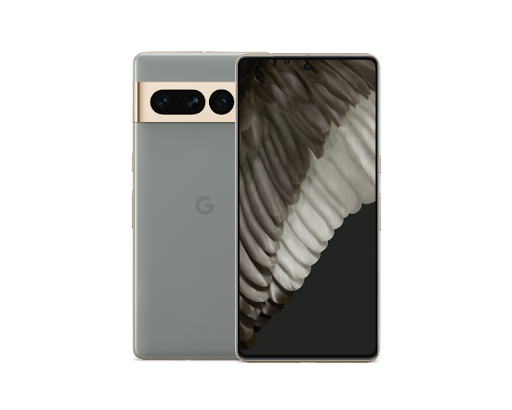 The Google Pixel 7 Pro is an Android-based smartphone manufactured by US-based Google mobile & was announced on October 6th 2022.

Obviously, it’s a type smartphone with model name being Pixel 7 Pro. 13th Oct 2022 is the exact release date of the phone. The technology it is available on is GSM/CDMA/HSPA/EVDO/LTE/5G, while the OS or Operating system being Android 13. The phone is a lightweight one i.e. 212g with key feature being Water & Dust resistant up to 1.5 m for the duration of 30 mins. The network that the phone is available on are 5G, 4G, 3G and 2G.

The memory feature is par with the rest of the popular brands in Canada with a RAM of 8GB/12GB. The storage capacity being 128GB/256GB/512GB with no card slot availability.

The Sony XPERIA 1lv price in Canada is CAD1,170. The phone amongst the top brands that includes Apple, Samsung, & Google. Although, Sony is not in the list of Top 10 most valuable brands, in fact the Japanese Tech & Services providing brands is placed at number 94 after Pepsi at #92 & TSMC at #93. The list of the most wanted & top phones places Sony Xperia very nicely & with competence. 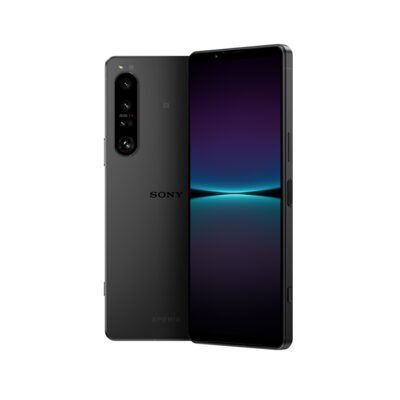 The popularity levels of Sony Xperia has been topping the lists. Since, many years and this is a fact both in the North American region as well as European markets. The type is a smartphone with the model being Xperia 1 IV. Released on 11th June 2011 was the mobile model of phone Sony Xperia. Hence, with the technology being GSM/HSPA/LTE/5G. The operating system, i.e. OS being Android 12. The weight is very manageable in terms of others, i.e. 185 g. In terms of the resolutions the dynamic features makes it 1644 * 3840 Pixels, 21:9 ratio & it’s a multi-touch.

Founded on 15th September 1987. Founded in Shenzen, China the corp. is a Chinese MNC Tech firm. 35 years old since it was formed. Importantly, as the company is not that old. However, regards to the phone & technology it has been very fast in delivering the highest quality phone brands. The parent organization of Huawei is Huawei Investment & Holding Co. Ltd. which is a reputable holding company. 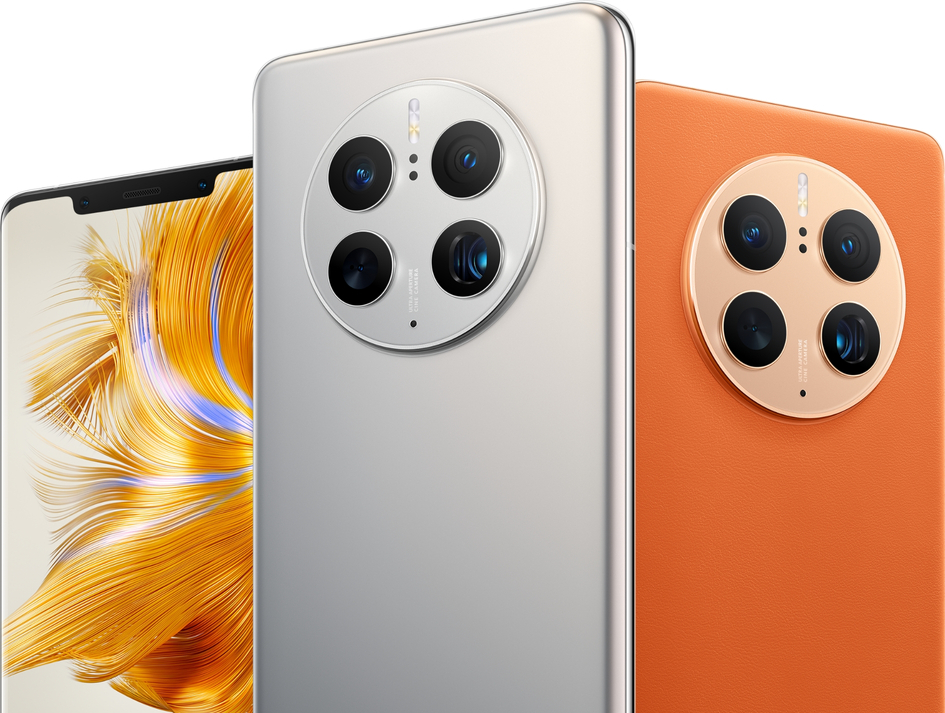 Huawei Mate 50 Pro price in Canada is $1,333 & it’s a type smartphone which is relatively economical & covers the economical values of phone with most advanced touch features readily found. The model name is Mate 50 Pro and the release date is 21st September 2022. The operating system is OS Harmony, OS 3.0 and the technology is GSM/CDMA/HSPA/CDMA2000/LTE. Found with good display features and 1212 * 2616 Pixels with 19.5:9 ratio. Furthermore, with multi touch found in the features. In terms of the Networks the model is not equipped with 5G only 4G, 3G & 2G are the available Networks. The memory features are salient i.e. 8GB memory with a storage capacity of 256GB/512 GB. Another key feature in terms of the battery is the charging capacity of 4700 mAh with fast wireless charging i.e. 50W and reverse wireless charging 5W.

All the above phone brands that includes Apple, Samsung, Google, and Sony & Huawei are amongst the top phone brands apart from many other which includes Oppo & Oneplus. Apple is Canada’s top most brands in terms of the value. Yes, we are talking about brand value, that Apple Inc. has generated with the consumer markets in Canada. It is also listed amongst the hot favourite brands in the executive & business class because of the features & the trends that Apple iPhone has lived with since Apple iPhone 7plus was launched in the year 2016.