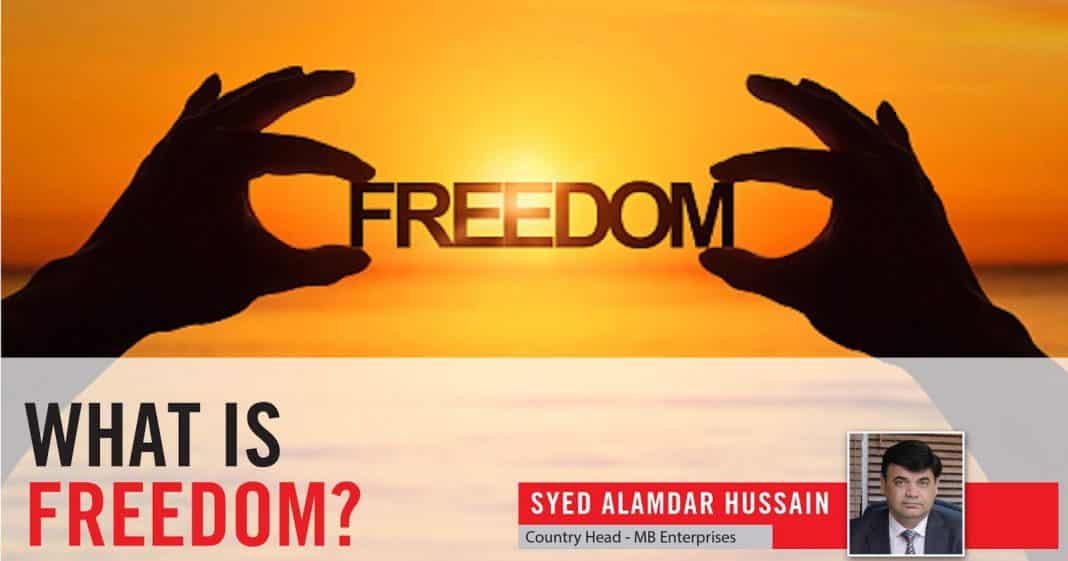 Freedom can be defined as ‘the power or right to act, speak, or think as one wants without any constraints or hindrance’.

Every person exhibits a different meaning of freedom and practices it accordingly.

To raise the question, what is freedom? Seems to be a hopeless enterprise. It is as though age-old contradictions and antinomies were lying in wait to force the mind into dilemmas of logical impossibility so that, depending which horn of the dilemma you are holding on to, it becomes as impossible to conceive of freedom or its opposite as it is to realize the notion of a square circle. In its simplest form, the difficulty may be summed up as the contradiction between our consciousness and conscience, telling us that we are free and hence responsible, and our everyday experi- ence in the outer world, in which we orient ourselves according to the principle of causality.

Ideally, the freedom can be deduced into five main categories:

Freedom of Press prohibits the government from interference in the distribution and printing of information or opinions. It can be limited by copyright laws and libel.

Freedom of Expression includes freedom of speech, of the association, of the press, of assembly and petition. The freedom doesn’t extend to expression that causes panic, defames, creates fighting words, creates sedition, incites people to crime, or is obscene.

Freedom of Religion is the freedom of any individual or community, in public or private, to manifest religion or belief in practice, worship, teaching and observance. This right extends to any religious belief, but not in the practice of all the religious activities (for example, ones that involve breaking other laws).

Freedom of Speech is the right of the people to express their opinions publicly without governmental interference. The right doesn’t extend to hate speech, advertising, and a few other instances.

Every person in this world has all the due rights to practice his right of freedom unequivocally and is a blessing in disguise for people who have the received the twofold gift of freedom. We should be responsible enough to protect and respect everyone’s freedom.

PAPERLESS ENVIRONMENT & WAYS TO ACHIEVE IT IN 2021