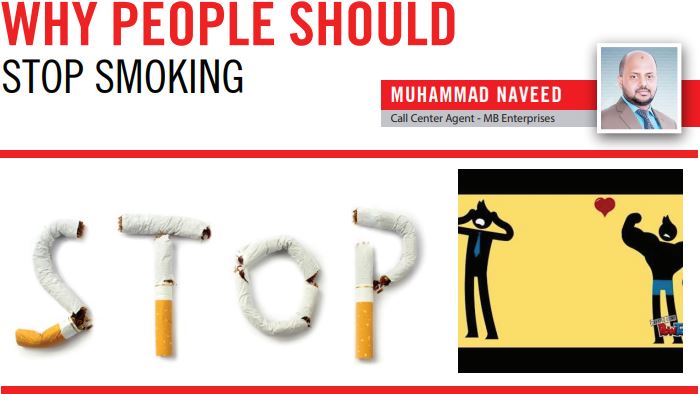 Few people would argue that tobacco smoke is good for you. For more than forty years, scientists have said cigarette smoking can cause serious health problems. But today, smokers and people who do not smoke often argue about smoking in the workplace.
Many non-smokers would like to have smoking banned where they work. They fear harmful effects from other people’s tobacco smoke, also known as secondhand smoke. Business owners often say a ban on smoking would harm their profits. And, smokers say such a ban would interfere with their rights
The W.H.O. estimates that smoking is responsible for the deaths of five million people each year. At current rates, it says tobacco use could kill ten million people a year by two thousand twenty. Smoking by pregnant women can threaten the unborn. Expectant mothers are more likely to have babies with health problems and low birth weight. Babies with low weight at birth have an increased risk of dying young. They may also suffer health problems
Older smokers are also at risk. A study in the publication Neurology showed that older adults who smoke face an increased risk of Alzheimer’s disease. Decreased mental health also was more likely in persons who smoked than in non-smokers.
Alzheimer’s patients lose ability to think, plan and organize. After a time they become unable to care for themselves
Researchers in the Netherlands studied almost seven thousand adults aged fifty-five years or older. Seven hundred six of the adults developed dementia during the seven years of the study. Dementia is a condition that causes a decrease in a person’s thinking ability.
Persons who smoked during the study were fifty percent more likely to develop dementia than those who never smoked or had stopped
Most people know that smoking causes lung cancer. But it also has been proven to be a major cause of cancers of the mouth, esophagus, kidney, bladder and pancreas. Cigarettes are not the only danger. Smokeless tobacco and cigars also have been linked to cancer. But these facts are not enough to prevent people from smoking here are products designed to help people reduce their dependence on cigarettes. Several kinds of nicotine replacement products provide small amounts of the chemical. These can help people stop smoking.
Experts also say a drug used to treat depression has helped smokers. The drug is called Zyban. It does not contain nicotine. It works by increasing levels of dopamine in the brain. Dopamine is a chemical that produces pleasure.
Here is some advice from people who have stopped smoking: Stay away from alcoholic drinks. Take a walk instead of smoking a cigarette. Avoid people who are smoking. If possible, stay away from situations that trouble you it is not easy to stop smoking. And people never can completely control their own health. But as one doctor advises her patients, becoming a non-smoker is one way to gain control of your life.

OBESITY CANADA: A DISEASE INSTEAD OF A LIFESTYLE ISSUE

WHAT KIND OF HOMEOWNER ARE YOU? : A MODERN LIVING STYLE

CRACKING THE CODE ON HEALTHY SNACKING AT C-STORES