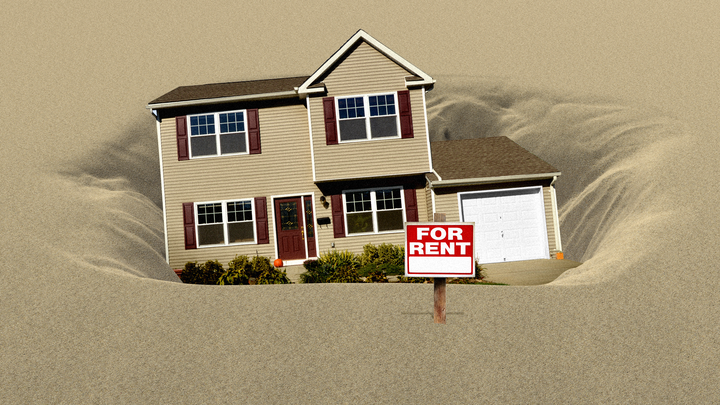 The number of vacant homes i.e. deserted luxury houses have been seen on the rise. This is across the whole of Canada as according to real estate analysts. According to demographics statistics Canada from 2006 to 2016, a period of 10 years. Canada’s empty homes are 8.7% of the market. This has increased from 8.4% in 2006. Hence, this is huge as compared to the US markets, a country higher in population and population density. In the United States, the vacancy rate never climbed more than 2.8 % during the same 10 year period.

Canada’s real estate problems are rising every day. High vacancy rates are one of the problems that have been rising since the last few years. It is primarily because of the affordability issues that have been on the rise. The vacancy arises after houses are taken as rentals and then left vacant. Other culprits are investor’s speculation and short term rentals i.e. 6 months to 1-year contracts behind high vacancy rates. Provinces British Columbia and Ontario are the ones where these trends have been observed. The two cities precisely being Vancouver and Toronto, especially Toronto. The main reason is as it is one of the most expensive cities in terms of real estate prices.

According to the report, almost 66K homes are sitting empty in Toronto alone. Furthermore, approximately 64K homes are vacant in Montreal, Calgary. The capital city Ottawa and capital of Alberta i.e. Edmonton each have at least 20K vacant properties. A key city of Province British Columbia, i.e. Vancouver has almost 25K vacant homes.

FINDING A SOLUTION TO VACANCY PROBLEMS:

The main reason behind the rising vacancy rates is market fluctuations and short term rentals as discussed above. A tax system on an empty property can easily bring reductions in the rising number of vacant properties. For reductions in vacancy rates, Vancouver City introduced tax practice in 2018. Since, the application of the vacancy tax in Vancouver, British Columbia. It resulted in a profitability margin of $30 million in the first year.

Vacant property is a liability for a Govt. and not a good scenario for real estate professionals and the community. It also affects the population count, the census and also the population density figures. These are figures which are already too low for a country of the size of Canada. It can also bring safety issues in the regional community. Ironically, a primary issue in Canada, especially where migrant’s population is on a high.

In Toronto, the percentage of vacant homes is 66K. These are the highest in Canada, and the main reason behind that is a rapid rise in prices. Toronto’s figures for rental property changed very fast from 2017 to 2019. Therefore, bringing Toronto in the list of one of the most expensive places to live in North America.

However, Toronto had a decrease in vacancy rates after 2016, citing -4.7% over the span of a decade. In 2017, the Toronto City Council came up with the suggestion of vacant home taxes, similar to that applied in Vancouver city in 2018. This was mainly to address the housing affordability crisis and bring useful reductions in vacant property in Ontario’s Capital city. The city chose to do a public consultation on the decision of the application of vacant home taxes. The city’s council has imposed a 4% MAT tax, however, the decision is still pending. MAT stands for Municipal Accommodation Tax and was applied to the hotels in Toronto, starting April 2018. It also included short term contracted rentals after 1st June 2018.

Apart from the MAT the Ontario Govt. has also designed a 16-point plan to address housing issues in Ontario. This includes the capital’s real estate affordability and problems on the rise because of vacant properties.

HOUSING FORECASTS IN CANADA FOR THE NEXT DECADE:

It is a forecast that prices shall slow down gradually. This is according to the housing stats from 2018 to 2020. These are forecasts for the next 10 years especially in Toronto and Vancouver, the affordability issues shall be addressed via taxes similar to MAT and Vacancy tax.

This is a message especially for the owners to make sure property is not left vacant keeping in mind the legal considerations. This all is also highly dependent on the demographics in the next 10 years according to a report from the CMHC, i.e. Canada’s Mortgage & Housing Corporations. CMHC is an organization that addresses the housing and mortgage issues in Canada and also deals with figures for future trends and market behaviors.

In Ontario only according to stats fourteen cities experienced a significant drop in vacancy rates. The report of 2016 states that 16 of the 52 largest cities in Ontario province only achieved a vacancy rate of 3% only as of 2016. This is good news for the affordability of homes in Ontario for rentals and buying both.

TORONTO REAL ESTATE: WHY IT IS ONE OF THE MOST EXPENSIVE?